Why Don’t We, pop stars, will be signing copies of “Why Don’t We: In the Limelight” in MN and CA this month.

Why Don’t We is a five-member band composed of Zach Herron, Corbyn Besson, Jonah Marais, Daniel Seavey, and Jack Avery. Since forming in 2016, they have released five EPs plus their first major album with Atlantic Records. In 2018, they were nominated for MTV’s Push Artist of the Year. They have hit #1 on iTunes, been covered by Billboard, Rolling Stone, Forbes, TIME, Teen Vogue, Seventeen, and more, headlined a sold-out tour, performed at Madison Square Garden, and played alongside artists such as Taylor Swift, Ed Sheeran, Camila Cabello, The Chainsmokers, Logic, and Zedd at Jingle Balls in eleven major cities. They’re known for their optimistic vibes, happy music, strong intraband friendships, and love for their fans. 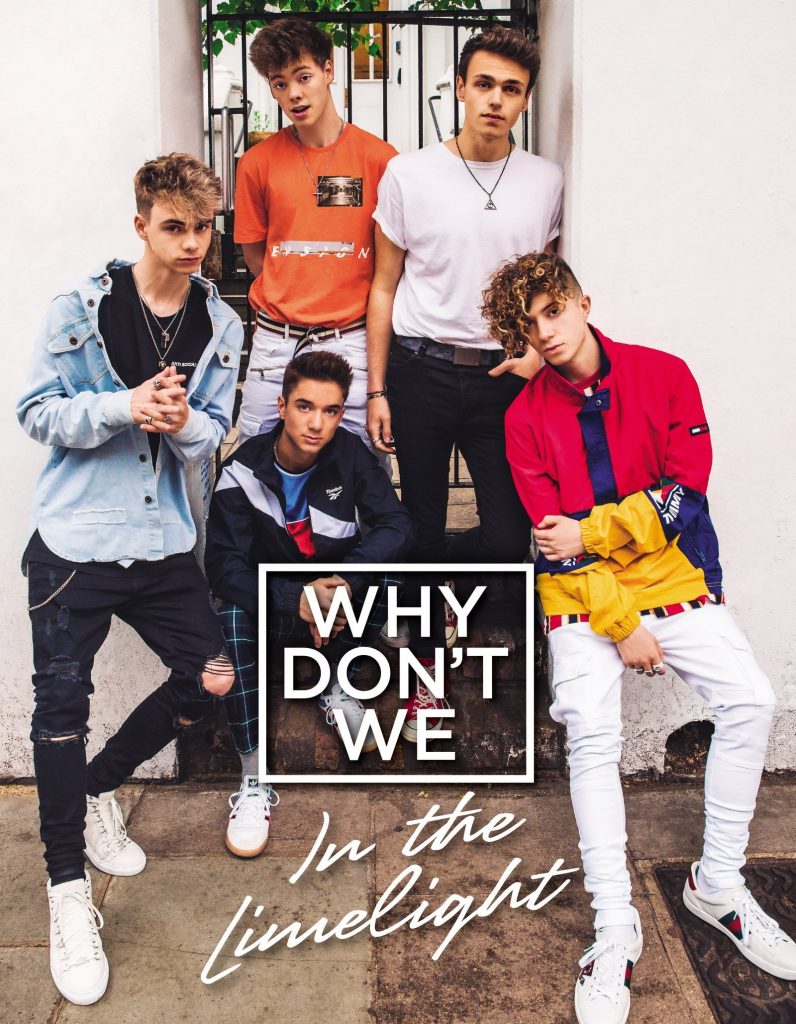 In the Limelight is the official Why Don’t We autobiography, full of never-before-seen photos and behind-the-scenes info about one of today’s hottest bands.

When five guys decided to form a band, they never imagined that they would go from playing music online to playing tours across the world so quickly. Why Don’t We has been together for less than two years, and they’ve already headlined sold out shows, played at Madison Square Garden, and amassed millions of fans. And this is all just the beginning.

This is the official Why Don’t We story, full of never-before-seen photos and everything you need to know about Corbyn, Daniel, Zach, Jonah, and Jack. Find out the secrets they’ve never shared with fans before, their embarrassing childhood stories, what they look for in a girlfriend, and how it felt to have their lives completely changed by this incredible journey.