Jeff Tweedy, lead singer of Wilco, will be signing copies of “Let’s Go (So We Can Get Back)” at various locations across the country this month.

As the founding member and leader of the American rock band Wilco, and before that the cofounder of the alt-country band Uncle Tupelo, Jeff Tweedy is one of contemporary American music’s most accomplished songwriters, musicians, and performers. Since starting Wilco in 1994, Tweedy has written original songs for ten Wilco albums and collaborated with folk singer Billy Bragg to bring musical life to three albums full of Woody Guthrie-penned lyrics in the Mermaid Avenue series. In 2014, he released Sukierae, a musical collaboration with his son, drummer Spencer Tweedy. He has produced a trio of albums for iconic soul and gospel singer Mavis Staples: the 2011 Grammy Award-winning You Are Not Alone, 2013’s One True Vine, and the 2017 release, which he also cowrote with Staples, If All I Was Was Black. He lives in Chicago with his family. 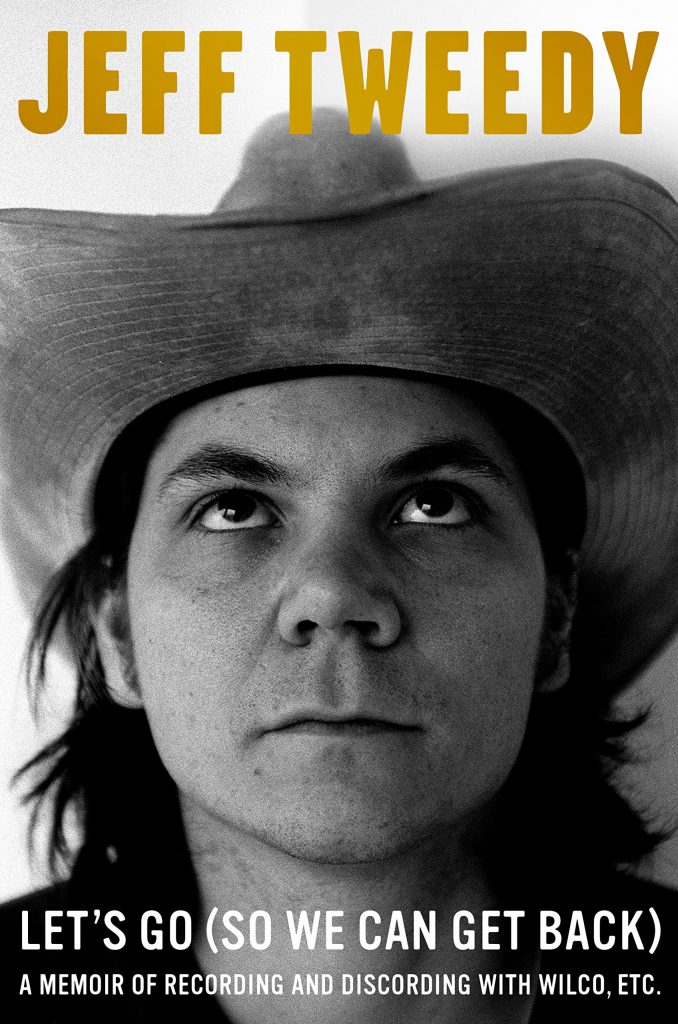 The singer, guitarist, and songwriter, best known for his work with Wilco, opens up about his past, his songs, the music, and the people that have inspired him.

Few bands have inspired as much devotion as the Chicago rock band Wilco, and it’s thanks, in large part, to the band’s singer, songwriter, and guiding light: Jeff Tweedy. But while his songs and music have been endlessly discussed and analyzed, Jeff has rarely talked so directly about himself, his life, and his artistic process.

Until now. In his long-awaited memoir, Jeff will tell stories about his childhood in Belleville, Illinois; the St. Louis record store, rock clubs, and live-music circuit that sparked his songwriting and performing career; and the Chicago scene that brought it all together. He’ll also talk in-depth about his collaborators in Uncle Tupelo, Wilco, and more; and write lovingly about his parents, wife Susie, and sons, Spencer and Sam.

Honest, funny, and disarming, Tweedy’s memoir will bring readers inside both his life and his musical process, illuminating his singular genius and sharing his story, voice, and perspective for the first time.