William Francis will be signing copies of his new book “Building Interstate 95 in Delaware” in DE next month.

Building Interstate 95 in Delaware is author William Francis’s fifth book for Arcadia Publishing, which are all dedicated to promoting the unique history of the First State. This book contains the best images from the Delaware Department of Transportation collection of photographs stored at the Delaware Public Archives in Dover. 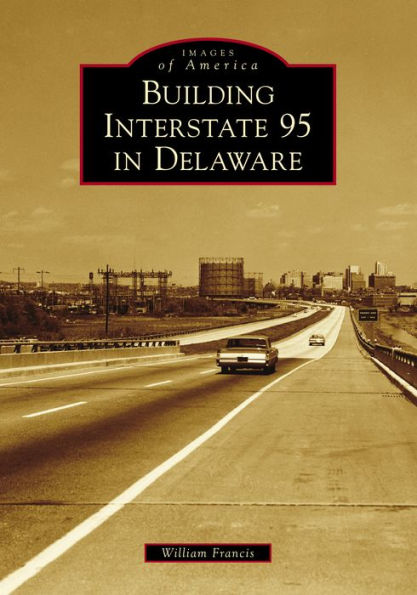 November 1, 2018, marks the 50th anniversary of the opening of Interstate 95 in its entirety in Delaware. Its construction was part of the largest public works project in American history, the Federal Aid Highway Act of 1956, signed into law by Pres. Dwight Eisenhower. The bill allotted for a nationwide 41,000-mile “National System of Interstate and Defense Highways.” The federal government would pay 90 percent of the construction cost. However, the federal money was slow to arrive. The State of Delaware proceeded on its own, using secured revenue bonds that would be repaid by tolls charged to drivers. On November 15, 1963, Pres. John F. Kennedy was part of a ribbon-cutting ceremony on the Mason-Dixon Line that officially dedicated the initial 11-mile Delaware Turnpike, a stretch of highway between the Maryland state line near Newark and the Delaware Memorial Bridge. It was another five years before the highway reached Pennsylvania.