Local author Mary Donnarumma Sharnick will hold a discussion on her newest book, “Painting Mercy”, the much awaited sequel to Orla’s Canvas at CT next month.

Mary writes fiction and memoir. She mentors aspiring writers from middle-school to post-university levels, both on campuses and in private venues. Prize-winning ORLA’S CANVAS, Mary’s first book with Penmore Press (2015), leads a quartet of novels in the ORLA PAINTS series. The second, PAINTING MERCY, was released by Penmore in September of 2018. Mary is presently researching for books three and four, THE CONTESSA’S EASEL and EN PLEIN AIR.

Mary’s first two novels, THIRST and PLAGUED, both historicals set in the Venetian lagoon, were published by Fireship Press in 2012 and 2014, respectively. THIRST is being translated to the operatic stage by composer Gerard Chiusano and librettists Mary Chiusano and Bob Cutrofello.
An avid Italophile, Mary enjoys researching on site in the country she considers her second home. Contact Mary at www.marysharnick.com 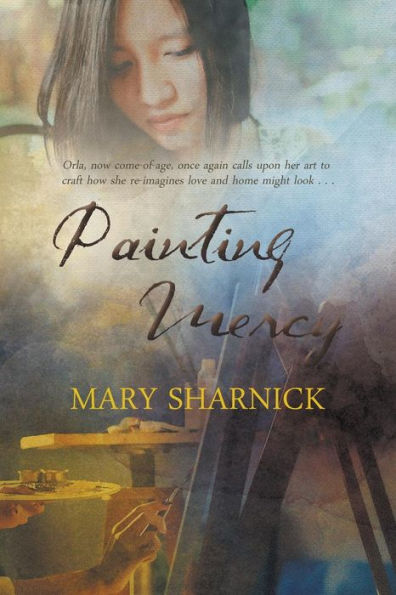 In Painting Mercy, the sequel to prize-winning Orla’s Canvas, Orla, now twenty-four, has been studying and painting in New York City. It is 1975. Saigon has fallen to the Communists, and Vietnamese refugees have been invited to settle in New Orleans by Archbishop Hannan, a former paratrooper and military chaplain in WW II. Orla’s childhood friend and forever confidant, Tad Charbonneau, is practicing immigration law in New Orleans, where he mitigates challenging adoption cases involving children, many of them bi-racial, recently airlifted from Saigon and in need of new families. On her way back home for Katie Cowles’ wedding and a summer painting in misspelled St. Suplice, Orla reconnects with Tad and contemplates her future. While she anticipates marriage and family with her undisputed soul mate, she discovers upsetting news about Tad’s sexuality and learns that her forty-three-year-old mother is pregnant. Adding to her troubling personal revelations, Orla becomes involved in the devastating costs of war for former GI and Katie’s brother Denny Cowles and Mercy Cleveland, a Vietnamese orphan who eventually becomes as essential to Orla as her art. Orla once again calls upon her art to make sense of loss and gain. Through her craft she reimagines how Love and Home might look, finally charting a future for herself she had not previously considered possible.