Questlove, drummer for The Roots, will be signing copies of “Contact High” during November and February.

Ahmir Khalib Thompson, also known as Questlove, is known as a founding member of hip-hop/neo-soul group the Roots.

Born in Pennsylvania in 1971, Ahmir Khalib Thompson, better known as Questlove, is the drummer and co-founder of hip-hop/neo-soul group the Roots. In addition to helping create the neo-soul movement, Questlove is known for his work on such groundbreaking hip-hop albums as Things Fall Apart (1999) and Phrenology (2002). Since 2008, he has come to popular acclaim as part of the house band for the Late Night with Jimmy Fallon talk show. 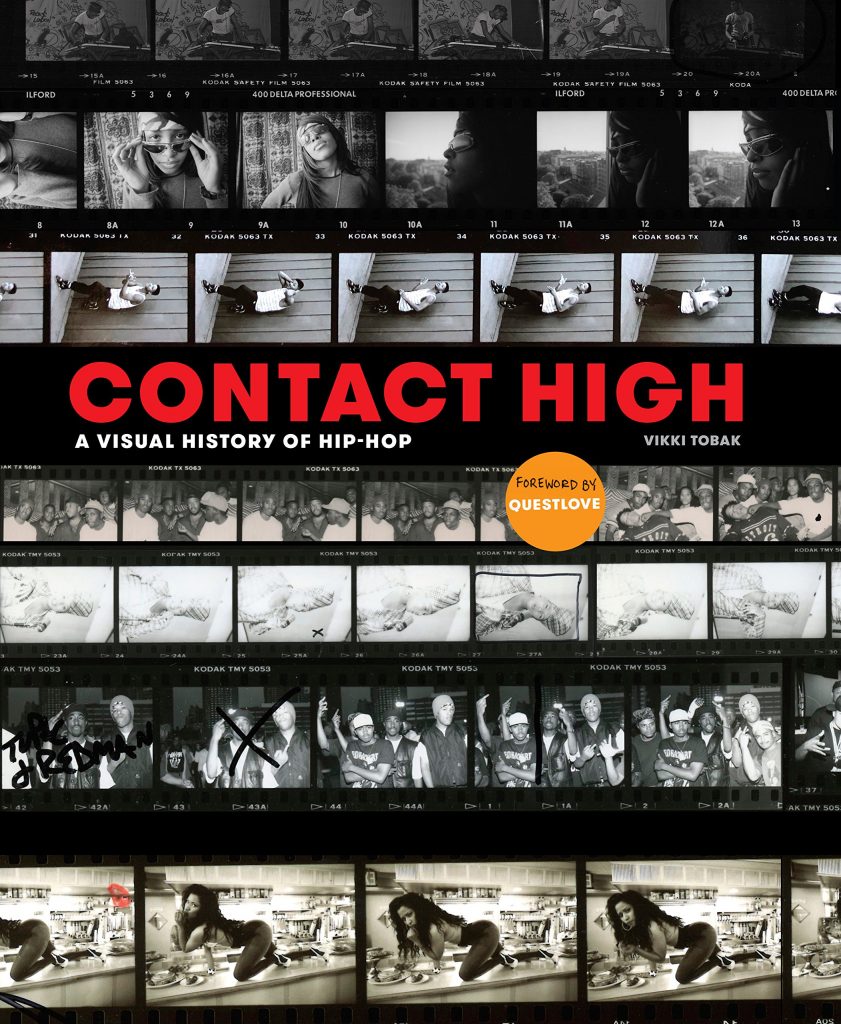 An inside look at the work of hip-hop photographers told through their most intimate diaries—their contact sheets.

Featuring rare outtakes from over 100 photoshoots alongside interviews and essays from industry legends, Contact High: A Visual History of Hip-Hop takes readers on a chronological journey from old-school to alternative hip-hop and from analog to digital photography. The ultimate companion for music and photography enthusiasts, Contact High is the definitive history of hip-hop’s early days, celebrating the artists that shaped the iconic album covers, t-shirts and posters beloved by hip-hop fans today.