Lance Henriksen, star of “Alien”, will be signing copies of “Millennium After The Millennium” in CA this month.

An intense, versatile actor as adept at playing clean-cut FBI agents as he is psychotic motorcycle-gang leaders, who can go from portraying soulless, murderous vampires to burned-out, world-weary homicide detectives, Lance Henriksen has starred in a variety of films that have allowed him to stretch his talents just about as far as an actor could possibly hope. He played “Awful Knoffel” in the TNT original movie Evel Knievel (2004), directed by John Badham and executive produced by Mel Gibson. Henriksen portrayed “Awful Knoffel” in this project based on the life of the famed daredevil, played by George Eads. Henriksen starred for three seasons (1996-1999) on Millennium (1996), Fox-TV’s critically acclaimed series created by Chris Carter (The X-Files (1993)). His performance as Frank Black, a retired FBI agent who has the ability to get inside the minds of killers, landed him three consecutive Golden Globe nominations for “Best Performance by a Lead Actor in a Drama Series” and a People’s Choice Award nomination for “Favorite New TV Male Star”. 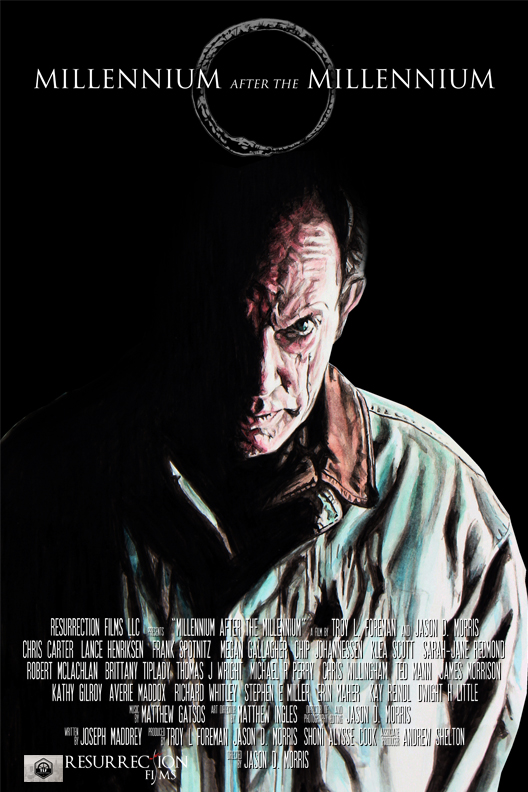 About “Millennium After The Millennium”:

Millennium after the Millennium is a new documentary focused on Chris Carter’s landmark television series Millennium. Set twenty years after the show ended, we look back at what makes Millennium so enduring to fans and critics alike.