America Ferrera, star of “Ugly Betty”, will be signing copies of “American Like Me” in NY next month.

America Ferrera is an award-winning actress, producer, director and activist. Ferrera is best known for her breakthrough role as “Betty Suarez” on ABC’s hit comedy, Ugly Betty, for which she won Golden Globe, Emmy, Screen Actors Guild, ALMA, and Imagen Awards. She produces and stars in the acclaimed NBC workplace comedy, Superstore, currently in its fourth season. In 2016 Ferrera cofounded HARNESS, an organization connecting storytellers and activists to amplify the cultural narrative around social justice. She speaks throughout the country as an advocate for human and civil rights and was the opening speaker at the monumental Women’s March on Washington in January 2017. Ferrera resides in New York and Los Angeles with her husband Ryan, their son Sebastian, and their two golden retrievers. 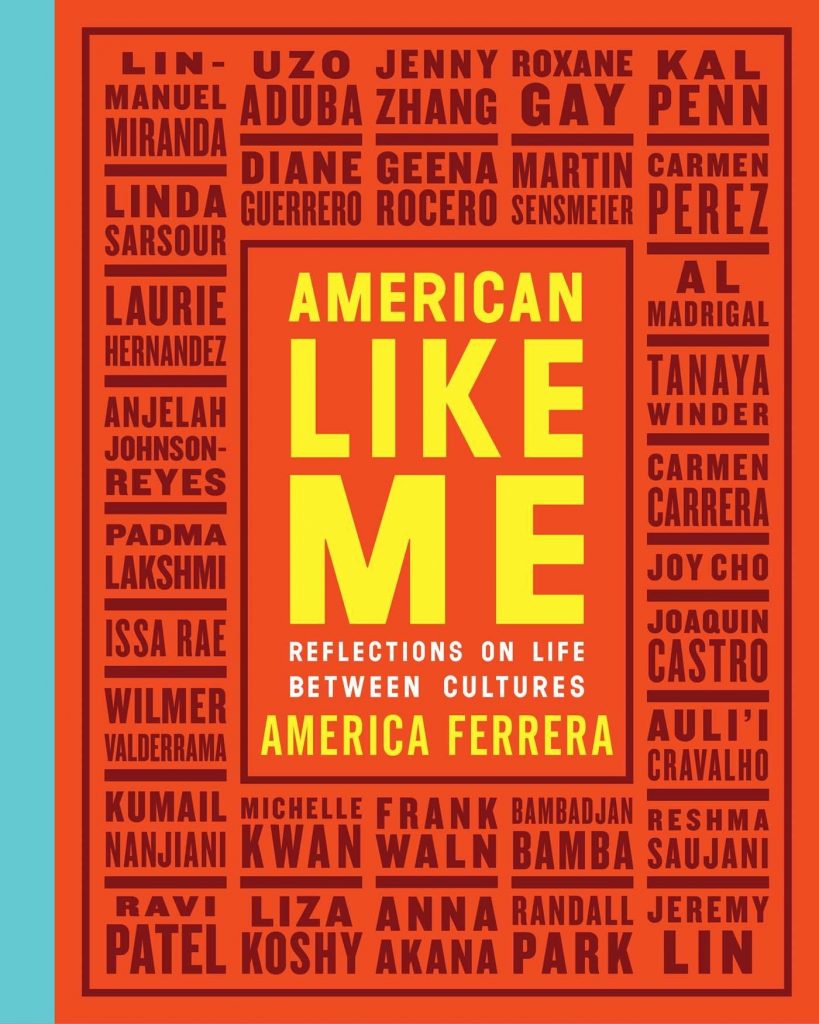 From award-winning actress and political activist America Ferrera comes a vibrant and varied collection of first person accounts from prominent figures about the experience of growing up between cultures.

America Ferrera has always felt wholly American, and yet, her identity is inextricably linked to her parents’ homeland and Honduran culture. Speaking Spanish at home, having Saturday-morning-salsa-dance-parties in the kitchen, and eating tamales alongside apple pie at Christmas never seemed at odds with her American identity.

Still, she yearned to see that identity reflected in the larger American narrative.

Now, in American Like Me, America invites thirty-one of her friends, peers, and heroes to share their stories about life between cultures. We know them as actors, comedians, athletes, politicians, artists, and writers. However, they are also immigrants, children or grandchildren of immigrants, indigenous people, or people who otherwise grew up with deep and personal connections to more than one culture. Each of them struggled to establish a sense of self, find belonging, and feel seen. And they call themselves American enthusiastically, reluctantly, or not at all.

Ranging from the heartfelt to the hilarious, their stories shine a light on a quintessentially American experience and will appeal to anyone with a complicated relationship to family, culture, and growing up.