Andrew Gulliford will be signing copies of his newest book “The Woolly West” in CO next month.

ANDREW GULLIFORD is professor of history and environmental studies at Fort Lewis College in Durango, Colorado, and the author of Outdoors in the Southwest: An Adventure Anthology and Sacred Objects and Sacred Places: Preserving Tribal Traditions. He is a frequent contributor to “Writers on the Range” of High Country News and Utah Adventure Journal, and he resides in Durango. 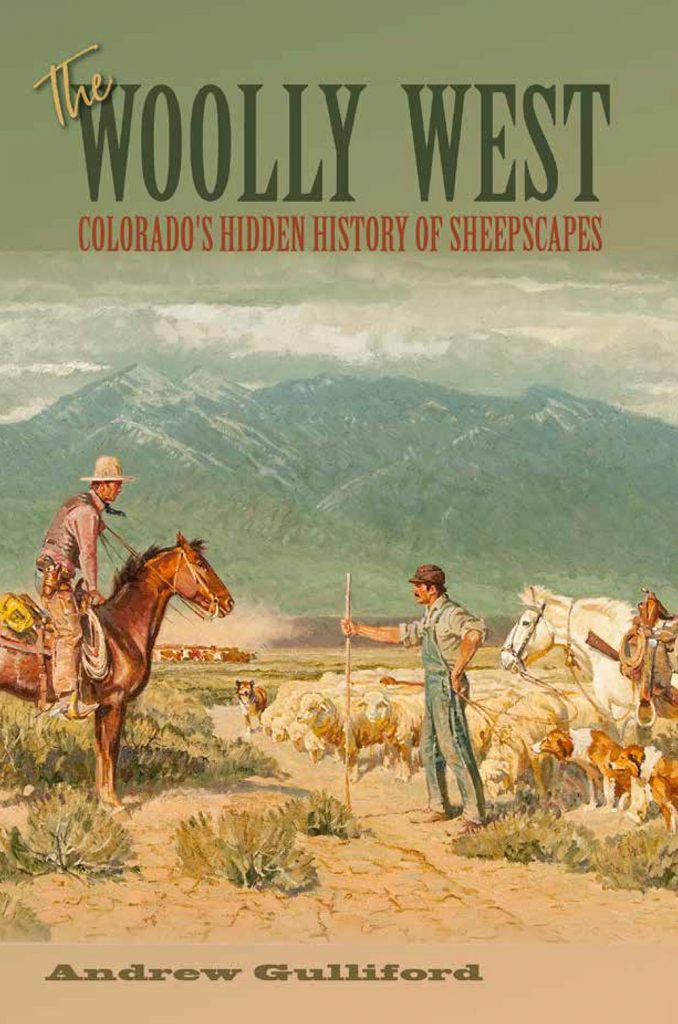 With vivid, elegant, and reflective prose, Gulliford explores the origins of sheep grazing in the region, the often-violent conflicts between the sheep and cattle industries, the creation of national forests, and ultimately the segmenting of grazing allotments with the passage of the Taylor Grazing Act of 1934. Deeper into the twentieth century, Gulliford grapples with the challenges of ecological change and the politics of immigrant labor. And in the present day, as the public lands of the West are increasingly used for recreation, conflicts between hikers and dogs guarding flocks are again putting the sheep industry on the defensive.

Between each chapter, Gulliford weaves an account of his personal interaction with what he calls the “sheepscape”—that is, the sheepherders’ landscape itself. Here he visits with Peruvian immigrant herders and Mormon families who have grazed sheep for generations, explores delicately balanced stone cairns assembled by shepherds now long gone, and ponders the meaning of arborglyphs carved into unending aspen forests.

The Woolly West is the first book in decades devoted to the sheep industry and breaks new ground in the history of the Colorado Basque, Greek, and Hispano shepherding families whose ranching legacies continue to the present day.