Jackie “the Jokeman” Martling, Howard Stern sidekick, will be signing copies of “The Joke Man” in New Jersey during October.

For eighteen years, comedian Jackie “The Joke Man” Martling was a fixture of radio and television’s The Howard Stern Show. He was born and raised in East Norwich, a tiny hamlet on the glorious North Shore of Long Island, New York. He graduated in 1966 from Oyster Bay High School and earned a degree in Mechanical Engineering from Michigan State University in 1971.

Jackie left the Stern show in 2001 after working his way up to head writer of the radio show, four television series, and three Pay-Per-Views. He’s released six dirty joke CDs on Oglio Records: The Joke Man, Sgt. Pecker, Hot Dogs & Donuts, Come Again?!, F. Jackie, and snart, as well as three videos, five joke books, and countless joke gadgets of all kinds, for children as well as adults. He is the author of Jackie “The Joke Man” Martling’s Disgustingly Dirty Joke Book. He lives on Long Island, NY. 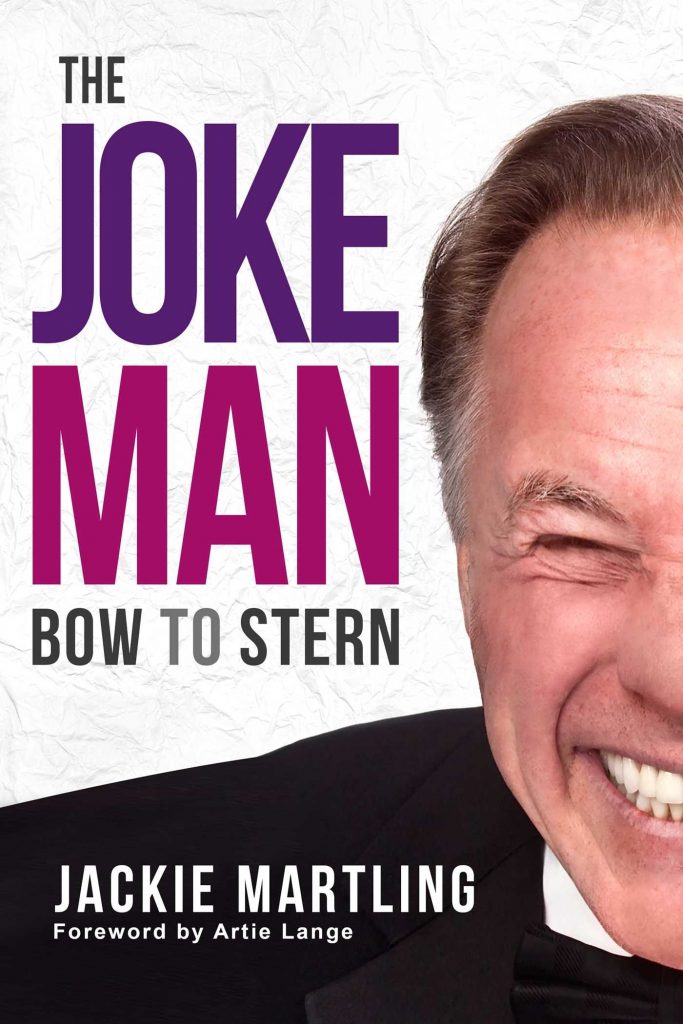 In The Joke Man: Bow to Stern, Jackie tells of his beginnings as a working comedian and writer and his climb to the top on The Howard Stern Show. Jackie saw it all, and in The Joke Man: Bow to Stern he shares personal stories as well a look from behind the scenes at one of the highest-rated radio shows of all time. You’ll also get his take on his falling out with Howard and the show, and plenty of the raunchy, laugh-out–loud humor that Jackie “The Joke Man” is famous for.

So sit back, relax, and enjoy as “The Joke Man” riffs on his one-of-a-kind career in show business, Howard Stern and the gang, and his very unique life—an American success story like no other.