STEM Lit Author Panel signing is scheduled to take place in MA this month. The event is featuring Katie Slivensky author of The Countdown Conspiracy, Monica Tesler author of Bounders and The Forgotten Shrine, Jarrett Lerner author of EngiNerds, and Rob Vlock author of Sven Carter & the Trashmouth Effect!

The Countdown Conspiracy by Katie Slivensky:

Ambassador, you are go for launch in T- minus 5…4…3…2…. Get ready to blast off with this high-action, high-stakes middle grade adventure that’s perfect for fans of Chris Grabenstein and Peter Lerangis!

Miranda Regent can’t believe she was just chosen as one of six kids from around the world to train for the first ever mission to Mars. But as soon as the official announcement is made, she begins receiving anonymous threatening messages…and when the training base is attacked, it looks like Miranda is the intended target. Now the entire mission—and everyone’s lives—are at risk. And Miranda may be the only one who can save them.

The Martian meets The Goonies in this out-of-this-world middle grade debut where the stakes couldn’t be higher. 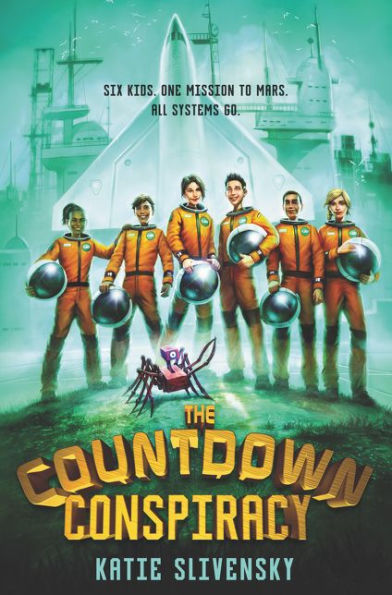 The Forgotten Shrine by Monica Tesler:

The rifts within Earth Force continue to widen as Jasper and his friends head back into space for another tour of duty in this action-packed third novel in the Bounders series—perfect for fans of Michael Vey and The Unwanteds.

Jasper can’t wait for his sister, Addy, to finally join him at the EarthBound Academy. But as soon as they arrive at the space station, Jasper and Addy are separated when Jasper’s pod is sent on a secret mission to the underwater planet of Earth Force’s shady new allies, the Alkalinians.

Will Jasper’s pod disobey direct orders to uncover the Alks’s true plans? And if so, will the kids be able to stop them before their treachery ripples across the entire galaxy? They need to act fast or it could mean devastation for Earth Force and death for the Bounders—including Addy. 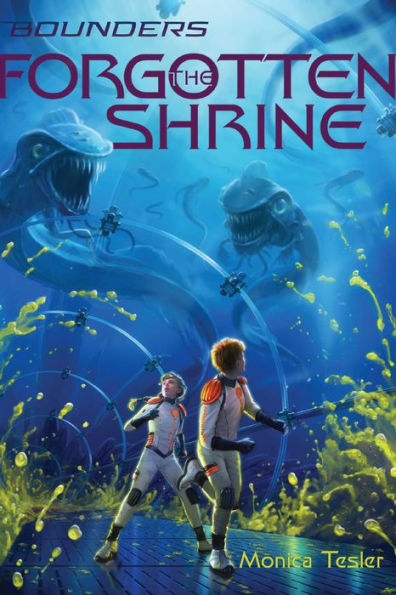 The battle between boys and bots is on in this funny, fast-paced novel.

Ken is an EngiNerd: one of a super-smart group of friends—all nerds—who have been close since kindergarten.

They may be brainiacs, but they’re just like everyone else: they fight with one another, watch too much TV, eat Chinese food, and hate walking their dogs. Well, maybe not just like everyone because Ken’s best friend Dan has beenbuilding robots. He then secretly sent one to each of the EngiNerds, never letting them know he’s the mastermind.

At first Ken is awed and delighted: what kid hasn’t dreamed of having a robot all their own? Someone who can be their friend, clean their room, walk the dog, answer homework questions…how amazing is that?

But be careful what you wish for: Dan’s robot, Greeeg, may look innocent, but his ravenous consumption of food—comestibles—turns him into a butt-blasting bot. And once the other robots ‘come alive’ it’s up to the motley crew of EngiNerds to not only save the day, but save the planet! 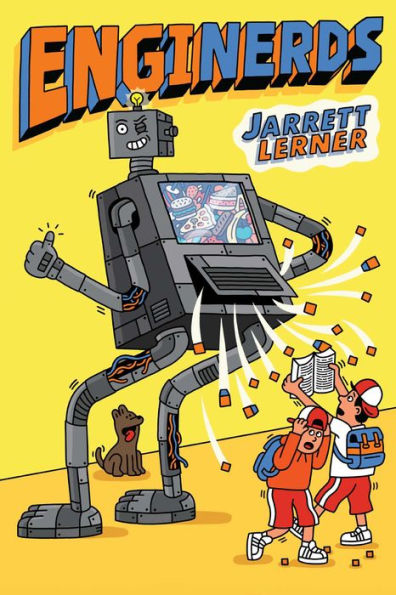 Sven Carter—part boy, part robot—is on a mission to save himself from destroying the human race in this fun and funny MAX novel!

Ever since Sven Carter was caught eating a moldy blueberry muffin under the gym bleachers, earning himself the nickname “Trashmouth,” he’s been his school’s biggest outcast.

But he soon discovers that having a lame nickname is the least of his worries. After a horrible wipeout involving a bike, a ramp, and a chocolate-anchovy-garlic-mint wedding cake (don’t ask), his left arm just…well, it falls off. But before Sven can even remove the stray anchovy from his nostril, his arm drags itself across the pavement and reattaches itself to his shoulder!

That’s when Sven learns he’s not a kid at all, but a “Tick”—a high-tech synthetic humanoid created as part of an elaborate plot to destroy the human race. Now Sven, his best friend Will, and his tough-as-nails classmate Alicia must face down a host of horrors—killer clown-snakes, a giant Chihuahua, the stomach-churning Barf Bus, murderous roast chickens, and even Sven’s own brain—to save humanity from permanent extinction. 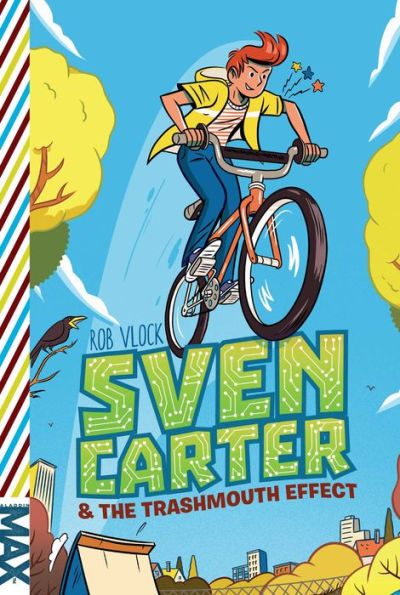