The New Day, WWE tag team champions, will be signing copies of “The Book of Booty” in OH this month.

About The New Day:

The New Day are the longest running WWE tag champs in history. Kofi Kingston, Big E, and Xavier Woods combined forces on Raw in 2014 and have had many reasons to smile ever since. They were collectively Rolling Stone magazine’s 2015 Wrestler of the Year. Whether they’re popping out of Booty O’s cereal boxes wearing zany outfits and unicorn horns, or twerking in blue and pink while playing their trombone, “Francesca,” they’re in it to win it with positivity and style. 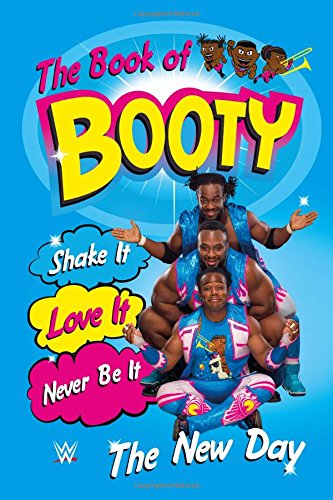 Fans will learn:
* The New Day’s official definition of “booty,” and the telltale signs that you or a loved one might be booty
* The proper attire and headwear for the new you
* How to twerk like a man
* What your spirit animal says about you
* How to project positivity

By the time you finish this book, you’ll be a rainbow-gazing, trombone-playing, unicorn-loving soldier of positivity, ready to take on nefarious WWE tag teams with a smile on your face. Pro tip: Eat your Booty O’s every morning for added strength!