Malcolm Mitchell, New England Patriots’ star, will be signing copies of “The Magician’s Hat” in GA this month.

Malcolm Mitchell is the rookie who helped the New England Patriots win Super Bowl LI. He’s also the founder of an initiative called Read with Malcolm, which introduces book ownership to students, and works to improve literacy in schools. Malcolm’s Share the Magic Foundation promotes the benefits of reading to kids in underserved communities. As the New England Patriots Summer Reading Ambassador, he encourages summer reading. He lives in Atlanta, Georgia. 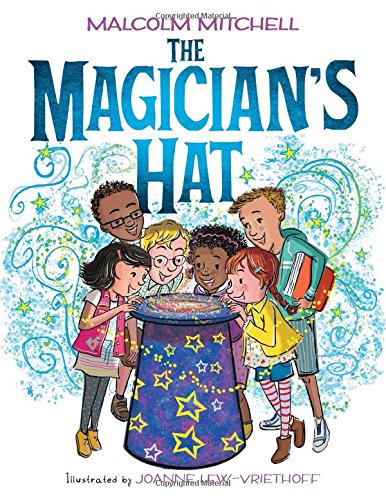 Super Bowl champion and literacy crusader Malcolm Mitchell presents the story of a magician who reveals an awe-inspiring treasure from his bag of tricks — books that make every kid’s dream come true!

This is not your typical afternoon at the library — a magician invites kids to reach into his hat to pull out whatever they find when they dig down deep. Soon — poof! — each child comes away with something better than they could’ve imagined — a book that helps them become whatever they want to be, and makes their dreams come true through pages and words, and the adventures that follow. But each child can’t help but wonder, What’s really making the magic happen?

“Malcolm Mitchell is changing the world through the power of reading.” — Dav Pilkey, bestselling creator of the Dog Man and Captain Underpants series

“The Magician’s Hat will cast its spell on you!” — Jeff Kinney, bestselling author of the Diary of a Wimpy Kid series