David Lee Smith, Ellen Crawford, John Billingsley, William Katt, and others will be signing copies of “The Man From Earth Holocene” in CA this week. 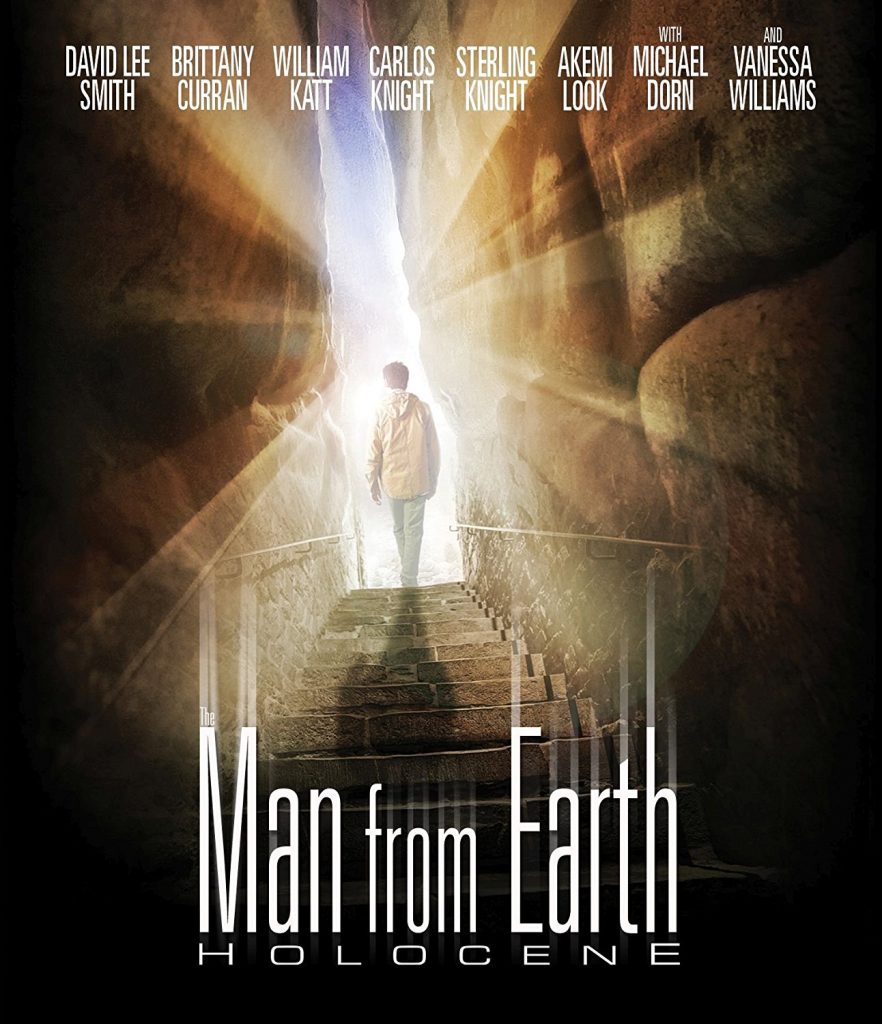 The Man from Earth: Holocene is an American drama science fiction film directed by Richard Schenkman and written by Emerson Bixby, based on characters created by his father, science fiction writer Jerome Bixby. It is a sequel to the 2007 film The Man from Earth. David Lee Smith returns as John Oldman, the protagonist. This film was uploaded to The Pirate Bay on 16th January 2018 by the creators themselves for completely legal download.

The plot focuses on university professor John Oldman, now calling himself John Young, who is secretly a Cro-Magnon (or Magdalenian caveman) that has survived for more than 14,000 years. However, despite all those years of immortality, John has found that he has begun to age and he no longer heals as quickly as he used to. Meanwhile, four of his students have begun to suspect the truth about him and contact Art Jenkins, whose career fell apart after publishing a book about John’s story.