Julian Lennon, singer/songwriter, will be signing copies of “Touch The Earth” in the following locations next month.

JULIAN LENNON is a Grammy-nominated singer-songwriter, photographer, documentarian, and philanthropist. Born in Liverpool, England, Lennon is an observer of life in all its forms developing his personal expression through his artistic endeavors. In 2007, Lennon founded the global environmental and humanitarian organization The White Feather Foundation, whose key initiatives are education, health, conservation, and the protection of indigenous culture.

BART DAVIS is the international bestselling author of novels and nonfiction books. His most recent is Black and White: The Way I See It, the biography of Richard Williams, father of tennis champions Venus and Serena Williams. He has also written two feature films and a wide range of print articles. Davis lives in New York City.

SMILJANA COH is an artist who studied film animation and combines traditional and digital illustration techniques in her work. She has illustrated the picture book I Want to Be a Ballerina and wrote and illustrated The Seven Princesses. She lives in Croatia. 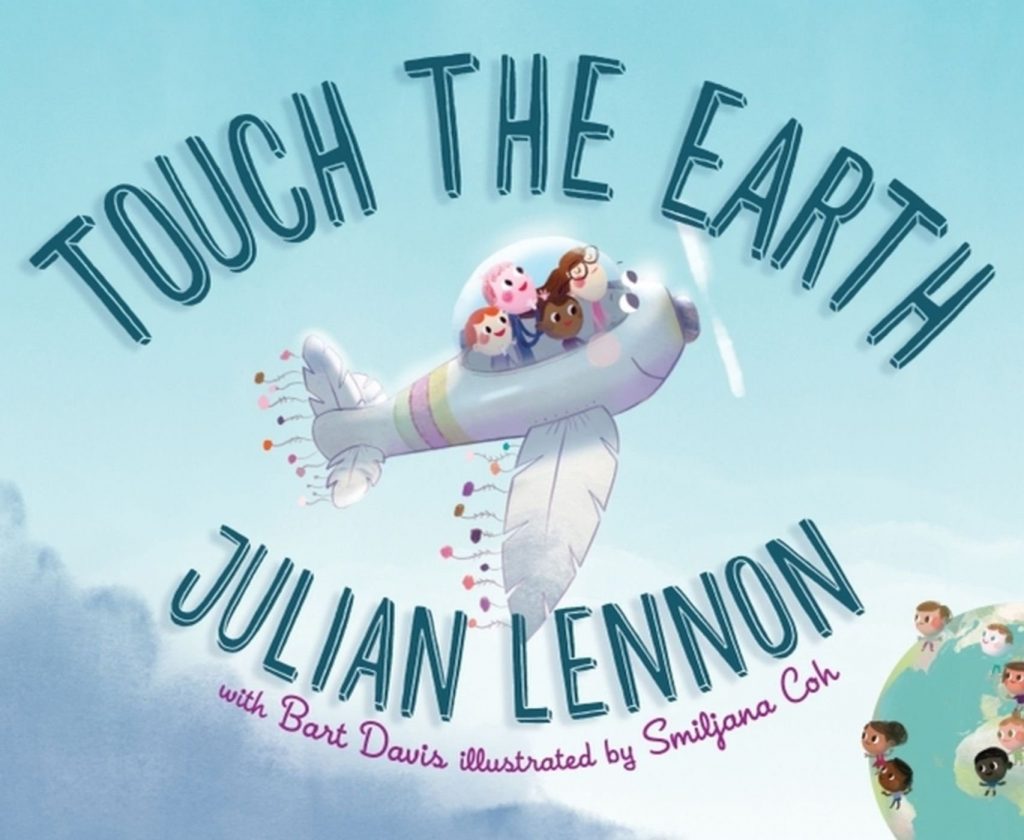 Jump aboard the White Feather Flier, a magical plane that can go wherever you want. Just press a button printed on the page, and point the plane up in the air to fly, or down to land it.

The Flier’s mission is to transport readers around the world, to engage them in helping to save the environment, and to teach one and all to love our planet.

Fly to the top of a mountain. Send clean water to thirsty people. Dive deep into the ocean (the Flier turns into a submarine!) to pick up pollution and bring back the fish.

Explore the planet, meet new people, and help make the world a better place.
An inspiring, lyrical story, rooted in Lennon’s life and work, with beautiful illustrations that bring the faraway world closer to young children.

The book includes words to a special poem written by Julian Lennon, specifically for Touch the Earth.

Touch The Earth is the first book in a planned trilogy.

A portion of the proceeds from books sales will go to support the environmental and humanitarian efforts of the White Feather Foundation.