Alan Tudyk, star of “Firefly”, will be signing copies of “Spectrum #0” in California this May.

Alan Wray Tudyk (born March 16, 1971) is an American actor known for his roles as Simon in the British comedy Death at a Funeral, as Steve the Pirate in DodgeBall: A True Underdog Story, as Sonny in the science fiction drama I, Robot, as Doc Potter in 3:10 to Yuma, as Tucker in the Tucker & Dale vs Evil and as Hoban “Wash” Washburne in the science fiction/western television series Firefly and movie Serenity, as well as Alpha in Dollhouse. 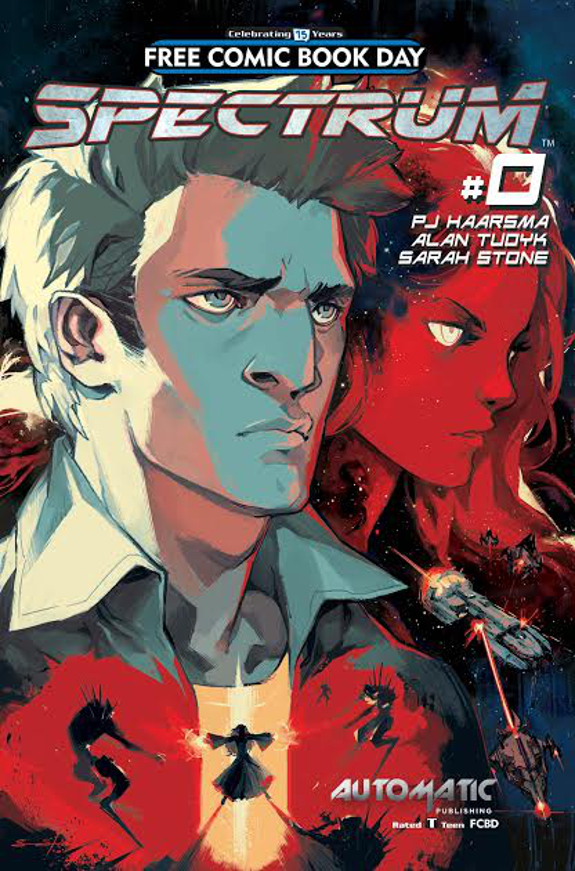 Firefly actor Alan Tudyk is bringing Spectrum, the show-within-a-show from his hit Vimeo web-series Con Man, to comic books. Spectrum #0 launches in May 2016 on Free Comic Book Day with the release of its full-sized first issue, with four more issues to follow.

Con-Man follows the adventures of an actor from a cult TV show on the convention circuit. The show stars Tudyk and his fellow Firefly alum Nathan Fillion. Spectrum tells the story of the sci-fi show that launched their characters’ careers, in which an alien invasion comes to Earth.

Tudyk will co-write Spectrum with P.J. Haarsma, producer of Con Man, with art from Sarah Stone.

Spectrum is the first monthly comic book from publisher Automatic, which is run by author Frank Beddor.