A special panel of romance authors will be signing the copies of their latest books at the following location. Featured authors are Theresa Romain, Jan Schliesman, Angi Morgan, Tamara Grantham and Shannon Thompson.

Historical romance author Theresa Romain pursued an impractical education that allowed her to read everything she could get her hands on. She then worked for universities and libraries, where she got to read even more. Eventually she started writing, too. She lives with her family in the Midwest.

In Book One of Romance of the Turf, a refreshing new Regency series from rising star Theresa Romain, a mystery demanding to be solved brings unlikely allies together in more ways than one…

How far will a man go
Talented but troubled, the Chandler family seems cursed by bad luck-and so Nathaniel Chandler has learned to trade on his charm. He can broker a deal with anyone from a turf-mad English noble to an Irish horse breeder. But Nathaniel’s skills are tested when his stable of trained Thoroughbreds become suspiciously ill just before the Epsom Derby, and he begins to suspect his father’s new secretary is not as innocent as she seems.

To win a woman’s secretive heart?
Nathaniel would be very surprised if he knew why Rosalind Agate was really helping his family in their quest for a Derby victory. But for the sake of both their livelihoods, Rosalind and Nathaniel must set aside their suspicions. As Derby Day draws near, her wit and his charm make for a successful investigative team…and light the fires of growing desire. But Rosalind’s life is built on secrets and Nathaniel’s on charisma, and neither defense will serve them once they lose their hearts…

Jan Schliesman believes in love at first sight. Mr. Wonderful took a little convincing. She juggled their three kids with a part-time job as a police dispatcher, providing many story ideas. As the kids grew, she found time to write and earn her degree in Criminal Justice. 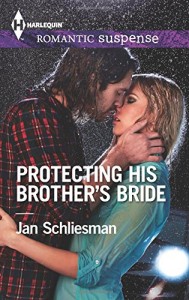 Framed for embezzling, investigator Kira Kincaid will go to any lengths to clear her name—even team up with Dalton Matthews, her estranged…now deceased…husband’s brother. But the reclusive mogul isn’t what she expected—he’s the quintessential alpha male who evokes an unwelcome yearning. And now, thanks to his involvement with Kira, a target to those trying to kill her.

Dalton is determined to protect the headstrong widow, even as he plans to walk away once she’s safe. If only her green-eyed gaze didn’t melt all of his emotional defenses. But when their mission exposes an earth-shattering family secret from both their pasts, Dalton must choose between his brother’s betrayal and the one woman he should deny.

Intrigues where danger and honor collide with love. Using actual Texas settings and realistic characters, this award-winning 11th generation Texan creates stories with characters who put everything on the line. Angi lives in Texas with her husband and ‘four-legged’ kids. Find her at AngiMorgan.com

His key witnesses dead, Texas Ranger Garrison Travis had to protect innocent bystander Kenderly Tyler. Her crucial evidence had two very dangerous Texas crime families willing to do anything to keep her quiet. But Garrison’s undercover status had branded him a killer, and now the bad and the good guys were after them both.

Hiding out with a handsome protector, on the run for her life, was so beyond anything Kenderly had imagined. While there was more than just adrenaline pulsing between them, the Ranger vowed his job was his life. Dare she wonder what would become of them should they actually make it out alive?

Tamara Grantham was born and raised in Southeast Texas. She comes from a family of writers. She took her first writing class from her uncle Larry Franklin, who worked as an author and literary agent at the time. At the age of fifteen, she received her first acceptance letter. Her uncle wrote, “Thank you for letting me read your short story, The Quest for the Spear. I enjoyed it very much, and see that you have a talent that can be developed.” In his Writing Fiction class, he challenged each of his students (which consisted of her two sisters and cousins) to write a novel. The challenge seemed daunting at the time, so daunting that she didn’t do it.

The standing challenge from her uncle, made fourteen years earlier, finally became a reality. She wrote her first novel in one month. After that, she wrote five more books and several short stories and novellas. In 2013, she signed her first contract with former writing mentor, and New York Times-bestselling author, William Bernhardt, to contribute to his Shine series. The novellas are about young girls with unusual abilities. In November 2014, almost four years to the day that she finished her first book, she signed with Crimson Tree Publishing (the adult imprint of Clean Teen Publishing) for her novel Dreamthief.

While she’s not writing, and sometimes while she is, she raises four (soon to be five!) beautiful children, ages one to ten. She lives in Galveston, Texas with her husband and kids, one cat and one dog. Her husband David is her biggest support. For the past ten years he has been in training to become a surgeon. She frequently picks his brain for the sake of her stories, a habit she hopes he’ll forgive.

After Olive’s last trip through Faythander, she wants nothing more than a nice vacation. But there’s never time for relaxation when goblin treachery is afoot. When Geth, a goblin Spellweaver, destroys the Everblossom?a tree containing Faythander’s pure magic?the fairy-world utopia begins to die. The bloom of the Everblossom is all that remains of pure magic. Now Olive must travel through Earth and Faythander to find a place where it will flourish.

As a psychiatrist, her skills are top notch. However, her abilities to handle patients with abnormal mental behaviors will be put to the test when she confronts Geth. Nothing has prepared her for what he reveals to her about goblins and elves. As Olive’s quest takes her from her home in Houston through the most dangerous places in Faythander, she learns that history is a muddled subject, especially when elves are involved.

Her only comfort comes from Kull, her Viking warrior sidekick?who somehow negates her bad fortune. Yet how long can their relationship last when his past is brought to light? Olive will be tested beyond anything she has endured so far, as the secrets of Faythander’s sordid and bloody past are exposed?one that could irrevocably alter the future and destroy the lives of everyone she loves.