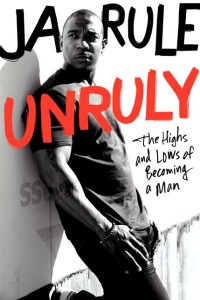 Ja Rule, rapper/ actor, will be signing copies of “Unruly” at the following locations:

Ja Rule, actor, singer, songwriter, and one of the most multi-dimensional rap artists of his time, tells his compelling story—from his youth to his rise to international fame to his transformative two years in Federal prison—and reveals the man beneath the legend.

Unruly is two stories that offer one complete picture of a man and his world: the angry, fatherless rapper, Ja Rule who was “raised by the streets”; and Jeffrey Atkins, the insightful, reflective father and loyal husband who learned the hard way how to be a good man.

Filled with never-before-revealed anecdotes and sixteen pages of black-and-white photos, Unruly shows the determination that it takes to become a man in today’s society. Ja Rule considers the lack of role models for many young black men today—a void that leads to bad choices and the wrong paths. Recalling his youth, he illuminates the seductive pull of the streets and the drug dealers who were his earliest role models.

Jeffrey Atkins offers practical wisdom—reflection, growth and hope learned first-hand as an inmate, father, husband, and community role model. He speaks fondly of men who inspired Unruly—the inmates he met in prison whose misguided ideas of masculinity landed them behind bars—and Louis Farrakhan who mediated the televised encounter with Ja Rule’s adversary, 50 Cent.

Unruly is a compelling, personal look at the duality and conflicts that arise in the African-American male psyche from a man who has enjoyed breathtaking fame and suffered heartbreaking misfortune. 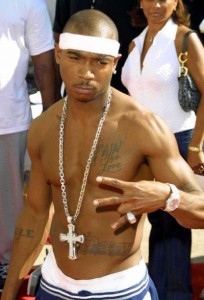 Born in Hollis, Queens, he debuted in 1999 with Venni Vetti Vecci and its single “Holla Holla”. From 1999 to 2005, Ja Rule had several hits that made the top 20 of the U.S. Billboard Hot 100 chart, including “Between Me and You” with Christina Milian, “I’m Real (Murder Remix)” and Ain’t It Funny with Jennifer Lopez, which both topped the US Billboard Hot 100, the Grammy-nominated #1 hit, “Always on Time” with Ashanti, “Mesmerize” also with Ashanti, and “Wonderful” with R. Kelly and Ashanti. During the 2000s, Ja Rule was signed to The Inc. Records, which was formerly known as Murder Inc. and was led by Irv Gotti. Due from his hits with his fellow collaborators, Ja Rule has earned four Grammy nominations, and has earned six top-ten albums, two of which Rule 3:36 (2000) and Pain Is Love (2001), topped the US Billboard 200. He is also known for some well-publicized feuds with other rappers (in particular 50 Cent and Eminem).