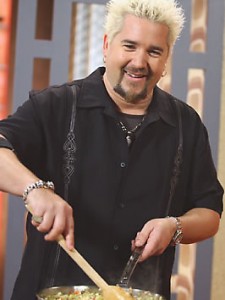 Guy Fieri, Food Network star, will be making appearances to sign copies of “Guy On Fire”  the following locations:

He co-owns five restaurants in California and is known for his television series on the Food Network.

By mid-2010, the Food Network had made Fieri the “face of the network.” In 2010, the New York Times reported that Fieri brought an “element of rowdy, mass-market culture to American food television,” and that his “prime-time shows attract more male viewers than any others on the network.” 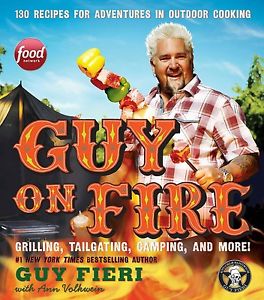 In this rollicking cookbook, Guy Fieri shares his favorite tips, techniques, and recipes for outdoor cooking all through the year, whether you’re hosting a backyard barbeque, relaxing around the campfire, or tailgating on game day. Stuffed with original recipes, dozens of color photos, and loads of great tips, Guy On Fire is guaranteed to get your grill going with palate-pleasing appetizers, phenomenal main courses for meat, fish, poultry and vegetables, cool salads, and fabulous desserts.

Loaded with tips on equipment, make-ahead plans, packing advice, and tons of sidebars, Guy On Fire provides all the tools you need for an outdoor feast.