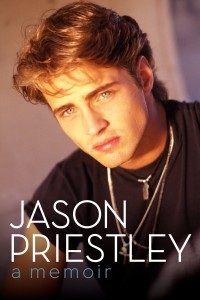 Jason Priestley, star of “Beverly Hills, 90210”, is going to be signing copies of his self-titled memoir, “Jason Priestley” at the following locations:

Jason Priestley, star of the iconic hit television series Beverly Hills, 90210 and one of the biggest teen idols of the 1990s, chronicles the highs and lows of his life and career in this charming and honest memoir.

The hit Fox show Beverly Hills, 90210 became a cultural touchstone of the 1990s and propelled its young cast to mega-stardom, including Jason Priestley, who played honorable Midwestern transplant Brandon Walsh. Yet despite more than twenty years in and out of the limelight, Priestley has carefully maintained his privacy. In this compelling memoir, the actor, director, and race-car aficionado invites us into his private world for the first time.

With humor, sincerity, and charm, Priestley offers little-known details about his life and stories of his nine years in America’s most famous zip code. He talks candidly about celebrity, marriage, fatherhood, and his passion for car racing. He does not shy away from the devastating lows—his brief jail sentence for drunk driving and the crash at the Kentucky Speedway that nearly took his life. Priestley shares his innermost thoughts about life as a ’90s icon, and goes beyond the Brandon Walsh squeaky-clean image, revealing the tumultuous events that have shaped him, and where he finds his greatest happiness today. 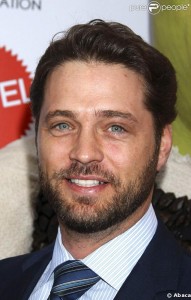 Jason Bradford Priestley (born August 28, 1969) is a Canadian–American actor and director. He is best known as the virtuous Brandon Walsh on the television series Beverly Hills, 90210 and for his role starring as Richard “Fitz” Fitzpatrick in the show Call Me Fitz.

Jason Bradford Priestley was born on August 28, 1969 in Vancouver, British Columbia, Canada. His mother is actress Sharon Kirk. He is a graduate of Argyle Secondary School in North Vancouver. He has a twin sister, Justine Priestley, and two step siblings, Karin and Kristi.

He became a naturalized American citizen in 2007.

On May 14, 2005, Priestley married make-up artist Naomi Lowde. On July 2, 2007 the couple had a daughter, Ava Veronica. On April 13, 2009, Priestley announced that he and his wife were expecting their second child, a son, who was born on July 9, 2009 and is reportedly named Dashiell Orson.

On July 9, 2007, he revealed on Late Night with Conan O’Brien that he had become an American citizen several weeks earlier.

Priestley’s sister, Justine, is also an actress, and appeared in a couple of episodes on the 90210 spin-off Melrose Place in 1996.

On May 6, 2014, HarperOne will publish his autobiography, Jason Priestley: a memoir.

His book is available for pre-order here on Amazon!