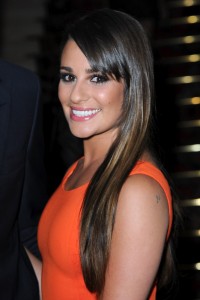 Lea Michele, star of “Glee”, would love to sign copies of “Brunette Ambition” for you at the following locations!

Lea Michele Sarfati (born August 29, 1986), known professionally as Lea Michele, is an American actress and singer, best known for her performance as Rachel Berry on the Fox television series Glee. Michele’s portrayal of Rachel has received much critical praise, earning her two Golden Globe nominations and an Emmy nomination for her performance. She has also received a Satellite Award, a Screen Actors Guild Award and three consecutive People’s Choice Awards.

Michele began working professionally as a child actress on Broadway in productions such as Les Misérables, Ragtime, and Fiddler on the Roof. In 2006, she originated the lead role of Wendla in the Broadway musical Spring Awakening for which she received a Drama Desk Award nomination. On film, Michele starred in the 2011 romantic comedy movie New Year’s Eve, and has voiced the character of Dorothy Gale in the upcoming animated movie Legends of Oz: Dorothy’s Return.

Michele signed to Columbia Records as a solo recording artist in 2012. Her first single, “Cannonball”, was released on December 10, 2013. Her debut album, Louder, was released on March 4, 2014. The album debuted number 4 on the US Billboard 200. Her first book, Brunette Ambition, is set for release on May 13, 2014, and will be published by Harmony Books. 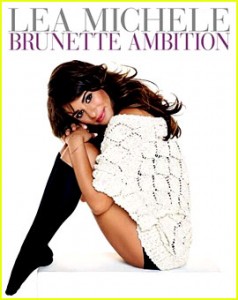 The star of the hit show Glee shares her experiences and insider tips on beauty, fashion, inner strength, and more in an illustrated book that’s part memoir, part how-to, and part style guide.

Lea Michele is one of the hardest working performers in show business. Whether she’s starring as Rachel Berry on Glee, rocking a glamorous look on the red carpet, recording her solo album, or acting as the spokesperson for L’Oreal, Lea is the ultimate multi-tasker. She knows better than anyone that it is difficult to be your best self and keep things in perspective when your to-do list is overflowing and you are faced with challenges, so she’s developed a foolproof system for remaining healthy and centered. In Brunette Ambition, she reveals the lessons and advice that have worked for her–from beauty and fashion secrets to fitness tips, and career insights. Supplemented with never-before-seen photos and revealing anecdotes, it’s the book Lea wishes she’d had in her teens and early twenties: A practical and inspirational guide to harnessing tenacity and passion and living the fullest life, no matter what obstacles life puts in your way.