Drew Barrymore, the star of “50 First Dates”, will be making a stop at the Barnes N Noble in NYC to sign copies of “Find It In Everything”. If you can’t make it, call the bookstore to see if they can reserve a signed copy for you. 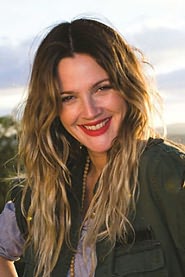 “I have always loved hearts,” writes acclaimed actress Drew Barrymore in the foreword to this heartwarming gift book. “The way that continuous line accomplishes the most extraordinary thing–it conveys love.” In FIND IT IN EVERYTHING, Barrymore shares the photographs she has taken of heart-shaped objects and patterns she has come across over the past ten years. Some are obvious and others barely discernible. A discarded straw wrapper, a hole in a T-shirt, a scallion in a bowl of miso soup — seemingly everywhere she turns her lens a heart reveals itself. A very personal collection of images, many of them accompanied by brief captions that reflect on beauty in the everyday, FIND IT IN EVERYTHING is a delightful book from the beloved actress and director, who now adds photographer to her list of credentials.

Review
“Barrymore’s photographs are upbeat, sincere, and — need we say it? — heartfelt.” (Detroit News and Free Press)
About the Author

Drew Barrymore has been a favorite of film audiences since her role in the Steven Spielberg blockbuster E.T.: The Extra-Terrestrial in 1982. In the following decades she earned praise from both critics and audiences for her performances in a wide range of comedies and dramas. She has become a major force not only in front of the camera but also behind the scenes, as a successful producer and director under her own Flower Films banner, with such hits as Never Been Kissed, Charlie’s Angels, 50 First Dates, He’s Just Not That Into You, and Whip It. Outside of her film career, Barrymore currently serves as the Ambassador Against Hunger for the United Nations World Food Program (WFP). In addition, she recently launched the cosmetics line FLOWER Beauty and the wine label Barrymore Wines. Her photography has been exhibited at the International Center of Photography in New York and has appeared in fashion campaigns.