Robert Wagner, star of “Hart to Hart”, would love to sign copies of “You Must Remember This” at the following location: 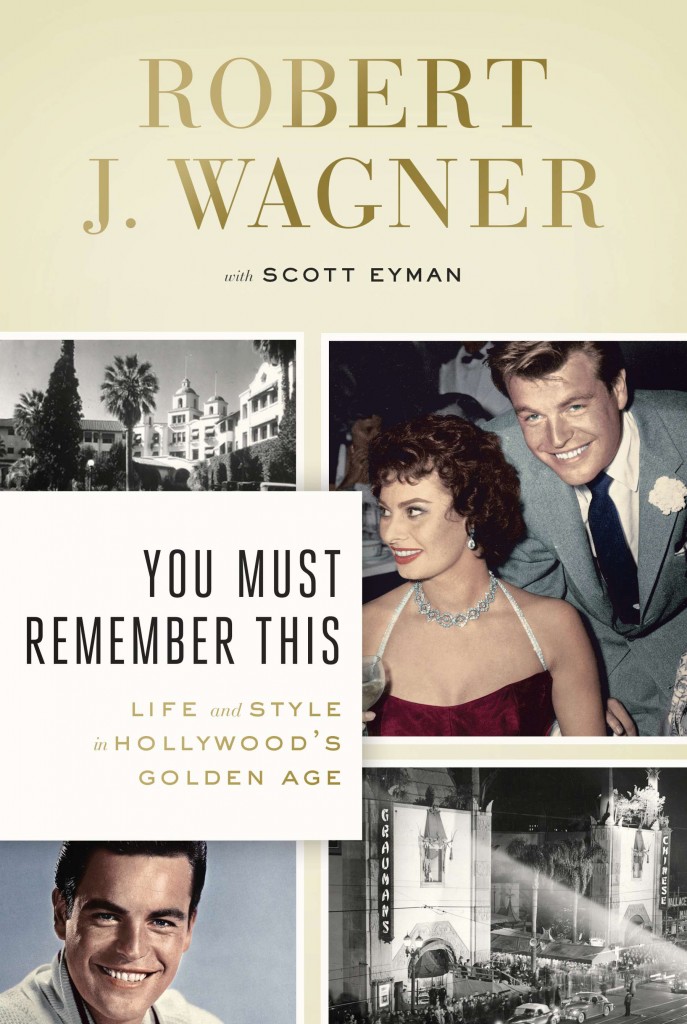 In 1967, Wagner signed with Universal Studios. In 1968, Lew Wasserman convinced Wagner to make his television series debut in It Takes a Thief. While the success of The Pink Panther and Harper began Wagner’s comeback, the successful two-and-a-half seasons of his first TV series completed it. In this series, he acted with Fred Astaire, who played his father. Wagner was a longtime friend of Astaire’s, having gone to school with Astaire’s eldest son, Peter. Wagner was suggested to play James Bond after On Her Majesty’s Secret Service was released.
In 1972, he produced and cast himself opposite Bette Davis in the television movie Madame Sin, which was released in foreign markets as a feature film. And was a regular in the BBC/Universal World War II prisoner-of-war drama Colditz until its end in 1974. He reunited with McQueen, along with Paul Newman and Faye Dunaway, in the disaster film The Towering Inferno released in the same year.
By the mid-1970s, Wagner’s television career was at its peak with the television series Switch opposite Eddie Albert, after re-signing a contract with Universal Studios in 1974. Before Switch, Albert was a childhood hero of Wagner’s, after he watched the movie Brother Rat along with a few others. The friendship started in the early 1960s, where he also co-starred in a couple of Albert’s movies. After the series’ end, the two remained friends until Albert’s death on May 26, 2005. Wagner spoke at his funeral, and gave a testimonial about his longtime friendship with him.
In partial payment for starring together in the Aaron Spelling and Leonard Goldberg production of the TV movie The Affair, Wagner and Natalie Wood were given a share in three TV series that the producers were developing for ABC. Only one reached the screen, the very successful TV series Charlie’s Angels, for which Wagner and Wood had a 50% share, though Wagner was to spend many years in court arguing with Spelling and Goldberg over what was defined as profit.
Wagner and Wood acted with Laurence Olivier in Cat on a Hot Tin Roof (as part of Olivier’s UK television series Laurence Olivier Presents). Wood also made a small cameo appearance in the pilot episode of Wagner’s own television series, Hart to Hart.
His third successful series was Hart to Hart, which co-starred Stefanie Powers and ran from 1979 to 1984. Before those roles, Wagner also made guest appearances in the pilot episode of The Streets of San Francisco. He would later be nominated for an Emmy Award for Best TV Actor for his performance in It Takes a Thief and for four Golden Globe awards for his role as Jonathan Hart in Hart to Hart. 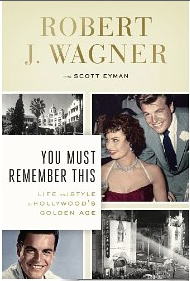 With a career spanning more than five decades, few actors are more qualified to recount the glamorous Hollywood era of the late 1940s and early 1950s than Robert Wagner. You Must Remember This is Wagner’s ode to a bygone age, to its incomparable style and how it was displayed, and to its legendary stars.

Wagner revisits the houses, restaurants, and other haunts of Hollywood’s elite, offering an intimate view of their lives on and off screen. He fondly recounts mythic figures simply entertaining at home among friends, away from the publicity machine and public eye that morphed into today’s paparazzi culture. Wagner also discusses the business of Hollywood and its evolution from an industry once dominated by moguls to one run by agents, and examines the career arcs of his peers, carefully considering why some survived and others faded.

Engaging and entertaining, You Must Remember This is a window into the splendors of an erstwhile era and an opportunity for readers to live vicariously through one its most beloved leading men.