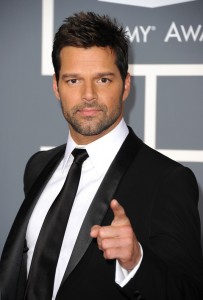 Ricky Martin, muscian, will be signing copies of his upcoming release “Santiago the Dreamer In Land Among the Stars” at the following location:

To get his point across the Puerto-Rican superstar has put pen to paper to write his first children’s book “Santiago the Dreamer in Land Among the Stars,” according to a statement released on Monday. The picture book was inspired by Martin’s own childhood and will be published in English and Spanish on Nov. 14.

The idea behind the book, which will be illustrated by Patricia Castelao, came from Martin’s own love of performing as a kid. The story follows the young Santiago who, after losing the lead role in his school play, must learn how to believe in himself again in order to continue following his dreams.

“I hope this book inspires young readers to believe that dreams woven from their imaginations can become reality,” Martin said in a press release. “My greatest wish is that Santiago The Dreamer will occupy a special place in the hearts of children and their parents, with everyone enjoying this uplifting story that shows the fulfillment of dreams begins with self-confidence.”

Ricky’s own rise to fame began at the tender age of 13, when he joined Puerto Rico’s boy band “Menudo” in the mid-80s. After leaving the pop group, Martin found solo success in English and Spanish and dealt with personal struggles that he wrote about in his 2011 memoir “Me.”

Now the father of two twin boys, the star marked his return to music with his hit summer single “Come With Me” and is currently working on a new studio album.

Earlier this month, Martin also announced he would be performing the official song for the 2014 FIFA World Cup in Brazil and invited fans to enter a global music contest to compose the anthem. You can pre-order his book here on Amazon.