GET YOUR SIGNED COPIES – HAVE FUN – RELAX! 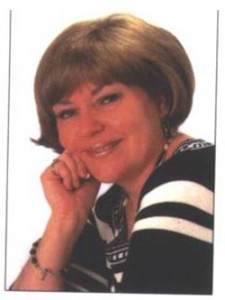 Marie Elaina Gordon was born in Philadelphia, PA and resides in Doylestown, PA with her husband and mother. She has two sons. She has worked as a System Engineer, Programmer, and Project Manager and has traveled both domestically and internationally where she had a chance to meet children in other countries and found that it doesn’t matter where we’re born, we’re really all the same…. She enjoys poetry and writing for which she has received several awards.

One day while enjoying a cup of coffee with her mother, her mother exclaimed: “It’s raining cats and dogs”. Marie asked her mother where that expression came from, her mother shrugged and Marie realized what great subject matter it would make for children’s books! She gave her mother pen and paper and told her to start writing expressions… thus was born the delightful series of short stories: “My Grand-Mom Told Me…”.

Two books have been published with a total of 36 short stories containing expressions, old jobs, family values and just plain good old fashioned fun! Their conversations get funny when Jeremy (Little Sprout, Whipper Snapper) gets confused and Grand-Mom Jenny tries to explain. For an example, Whipper Snapper heard Grand-Mom say she had to go to the powder room but when he used that expression – she tried her best to explain that boys don’t say that…!

The third book in the series will contain about 35 short stories with more expressions, fun
And some serious conversations as Grand-Mom talks about World War II and what life was all about during that time period. Available soon… LOOK FOR IT!!