Join debut author, Joshua Moehling, to discuss “AND THERE HE KEPT HER,” as part of B&N Midday Mystery Virtual Event series.

JOSHUA MOEHLING grew up as an Army brat and moved all over the US and Germany. After attending college in South Dakota and Mankato, MN he moved to Minneapolis and began a career in the medical device industry. AND THERE HE KEPT HER is his first novel. 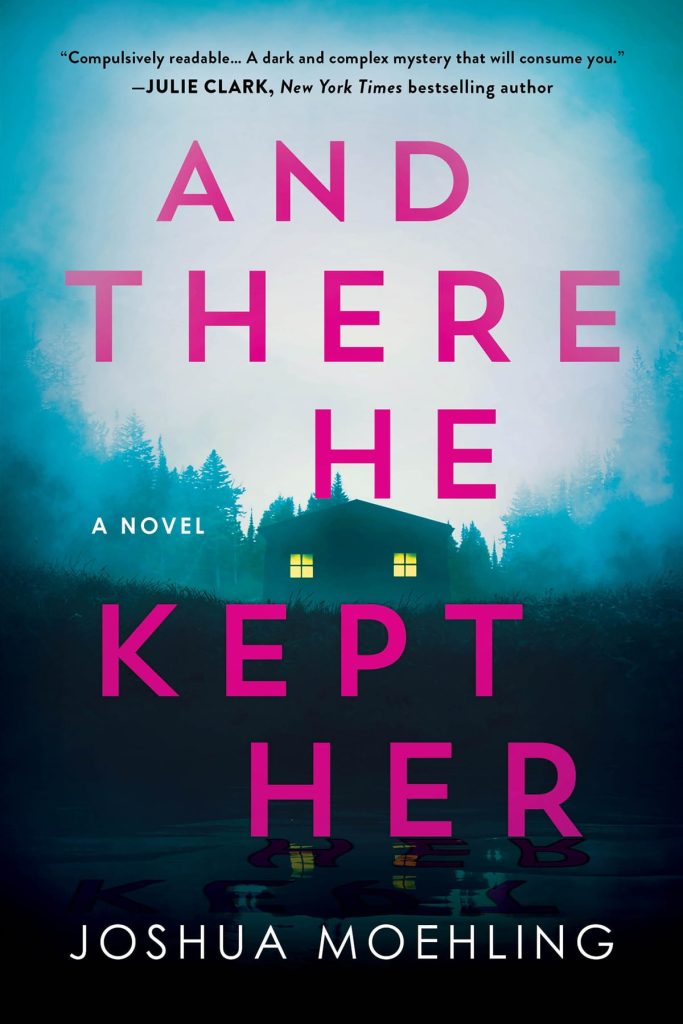 Joshua Moehling’s debut is on solid ground in its writing and suspense. The opening gambit is simple – two teens go missing after breaking into someone’s house.“Propulsive” and “atmospheric” are two words that will alternate in your brain as you read this novel about a Deputy Sheriff, his secrets and the small town that holds even more secrets. It’s perfect for fans of Moehling’s fellow Minnesota writers John Sandford and William Kent Krueger.

They thought he was a helpless old man. They were wrong.

When two teenagers break into a house on a remote lake in search of prescription drugs, what starts as a simple burglary turns into a nightmare for all involved. Emmett Burr has secrets he’s been keeping in his basement for more than two decades, and he’ll do anything to keep his past from being revealed. As he gets the upper hand on his tormentors, the lines blur between victim, abuser, and protector.

Personal tragedy has sent former police officer Ben Packard back to the small Minnesota town of Sandy Lake in search of a fresh start. Now a sheriff’s deputy, Packard is leading the investigation into the missing teens, motivated by a family connection. As clues dry up and time runs out to save them, Packard is forced to reveal his own secrets and dig deep to uncover the dark past of the place he now calls home.

Unrelentingly suspenseful and written with a piercing gaze into the dark depths of the human soul, And There He Kept Her is a thrilling page-turner that introduces readers to a complicated new hero and forces us to consider the true nature of evil.