Knopf (May 9, 2023) Tom Hanks “The Making of Another Major Motion Picture Masterpiece: A novel”. Thomas Hanks is an American actor and filmmaker. Known for both his comedic and dramatic roles, he is one of the most popular and recognizable film stars worldwide, and is regarded as an American cultural icon.  Sign up below to get news alerts about the book tour, appearances, and signed book news. We will making several slip-cased signed collector’s editions available to our email subscribers only.

From the Academy Award-winning actor and best-selling author: a novel about the making of a star-studded, multimillion-dollar superhero action film…and the humble comic books that inspired it. Funny, touching, and wonderfully thought-provoking, while also capturing the changes in America and American culture since World War II.

Part One of this story takes place in 1947. A troubled soldier, returning from the war, meets his talented five-year-old nephew, leaves an indelible impression, and then disappears for twenty-three years.

Cut to 1970: The nephew, now drawing underground comic books in Oakland, California, reconnects with his uncle and, remembering the comic book he saw when he was five, draws a new version with his uncle as a World War II fighting hero.

Cut to the present day: A commercially successful director discovers the 1970 comic book and decides to turn it into a contemporary superhero movie.

Cue the cast: We meet the film’s extremely difficult male star, his wonderful leading lady, the eccentric writer/director, the producer, the gofer production assistant, and everyone else on both sides of the camera.

Bonus material: Interspersed throughout are three comic books that are featured in the story—all created by Tom Hanks himself—including the comic book that becomes the official tie-in to this novel’s “major motion picture masterpiece.” 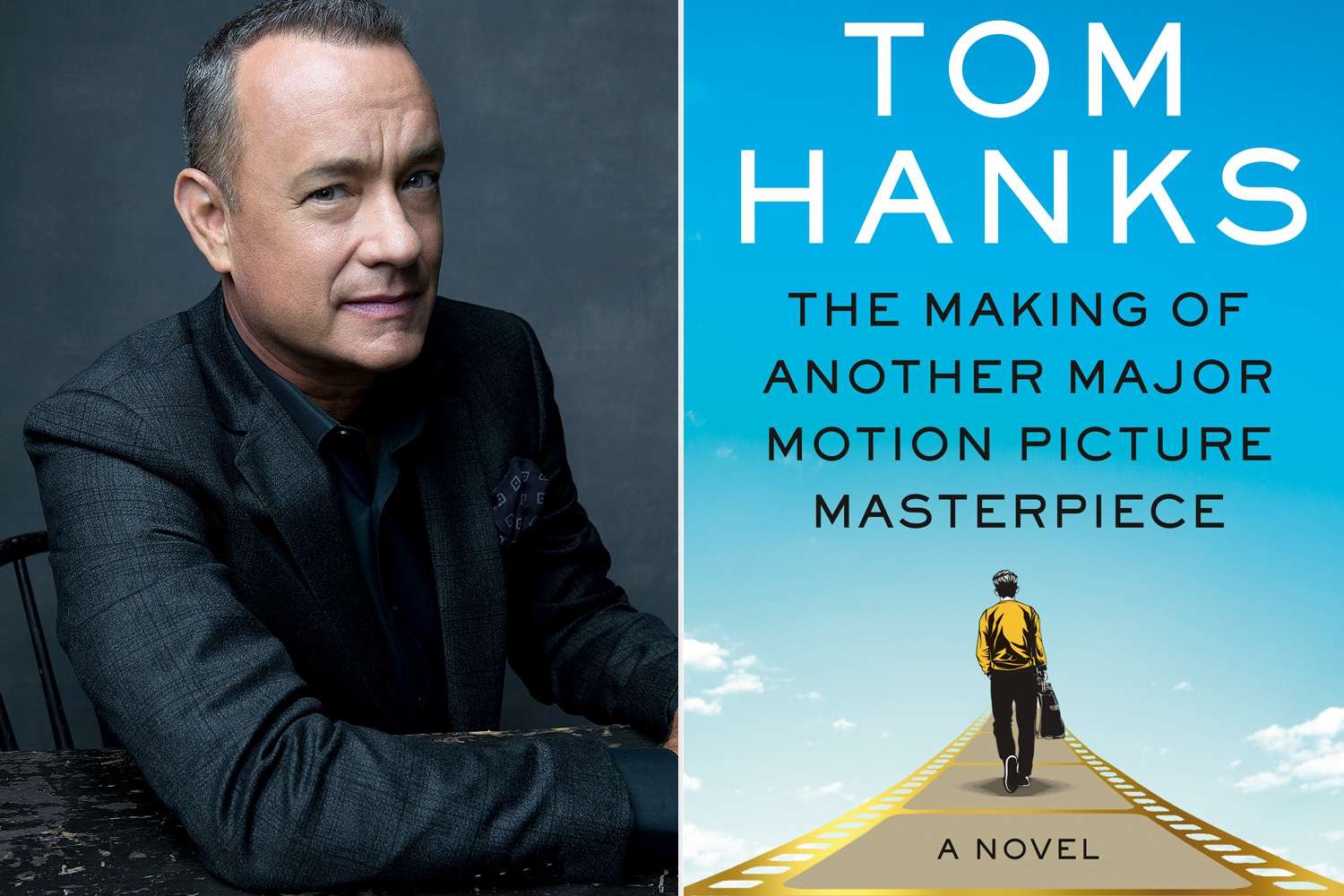 TOM HANKS has won Academy Awards for best actor for Philadelphia and Forrest Gump. He has starred in, among many other films, Big, Sleepless in Seattle, Apollo 13, Saving Private Ryan, The Green Mile, Cast Away, Catch Me If You Can, Captain Phillips, Bridge of Spies, Sully, Toy Story, The Post, and It’s a Beautiful Day in the Neighborhood. His writing has appeared in The New York Times, Vanity Fair, and The New Yorker. He is also the author of a best-selling collection of stories, Uncommon Type.

R. Sikoryak is a cartoonist and an author based in New York City. His illustrations have appeared in The New Yorker, The New York Times Book Review, and The Daily Show with Jon Stewart.

Thomas Jeffrey Hanks (born July 9, 1956) is an American actor and filmmaker. Known for both his comedic and dramatic roles, he is one of the most popular and recognizable film stars worldwide, and is regarded as an American cultural icon.[2] Hanks’ films have grossed more than $4.9 billion in North America and more than $9.96 billion worldwide,[3] making him the fourth-highest-grossing actor in North America.[4]

Hanks made his breakthrough with leading roles in a series of comedy films which received positive media attention, such as Splash (1984), The Money Pit (1986), Big (1988) and A League of Their Own (1992). He won two consecutive Academy Awards for Best Actor for starring as a gay lawyer suffering from AIDS in Philadelphia (1993) and the title character in Forrest Gump (1994).[5] Hanks collaborated with film director Steven Spielberg on five films: Saving Private Ryan (1998), Catch Me If You Can (2002), The Terminal (2004), Bridge of Spies (2015), and The Post (2017), as well as the HBO miniseries Band of Brothers (2001), and The Pacific (2010) which launched him as a director, producer, and screenwriter.

Hanks’ accolades include two Academy Awards out of six nominations. Hanks has also won seven Primetime Emmy Awards for his work as a producer of various limited series and television movies, including From the Earth to the Moon, Band of Brothers, John Adams, and The Pacific. In 2013, he received a Tony Award nomination for Best Actor in a Play for his performance in Nora Ephron’s Lucky Guy. He has received the AFI Life Achievement Award in 2002. He received the Stanley Kubrick Britannia Award for Excellence in Film from the British Academy of Film and Television Arts in 2004.[6] In 2014, he received a Kennedy Center Honor, and in 2016, he received a Presidential Medal of Freedom from President Barack Obama,[7] as well as the French Legion of Honor.[8] In 2020, he received the Golden Globe Cecil B. DeMille Award. 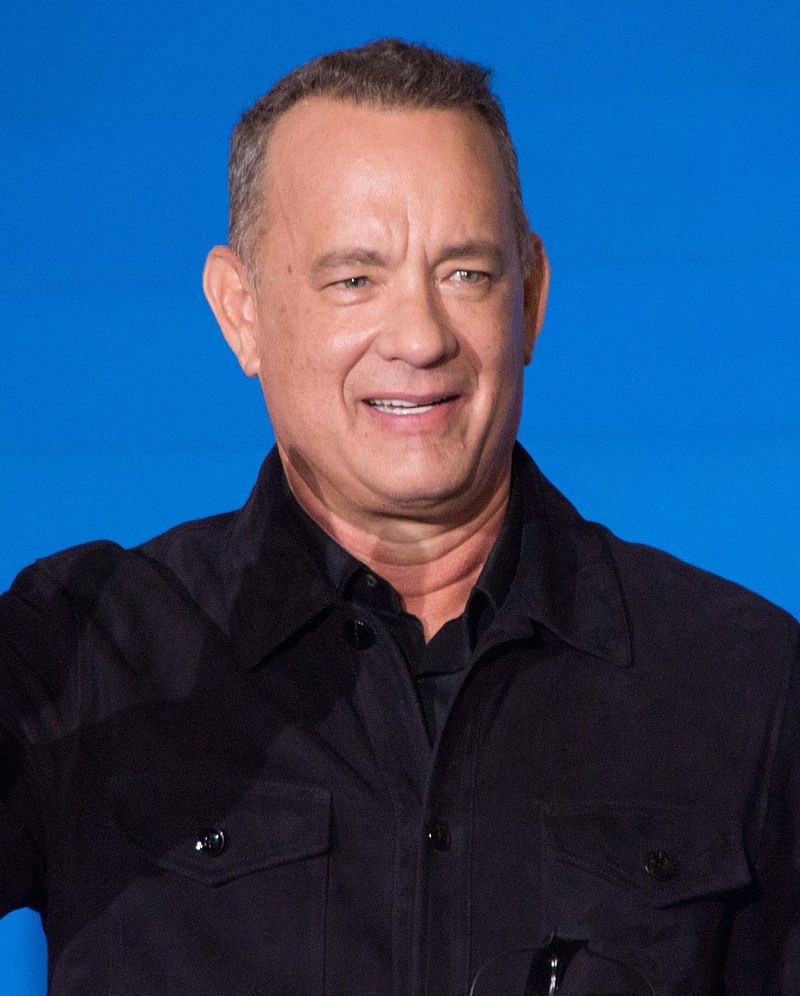