Lesa Cline-Ransome is the author of more than twenty books for young readers including the award-winning Finding Langston trilogy. Her work has received a plethora of honors, including dozens of starred reviews, NAACP Image Award nominations, a Coretta Scott King honor, the Scott O’Dell Award for Historical Fiction and a Christopher Award. Her work has been named to ALA Notable Books and Bank Street Best Children’s Book lists and she lives in the Hudson Valley region of New York. 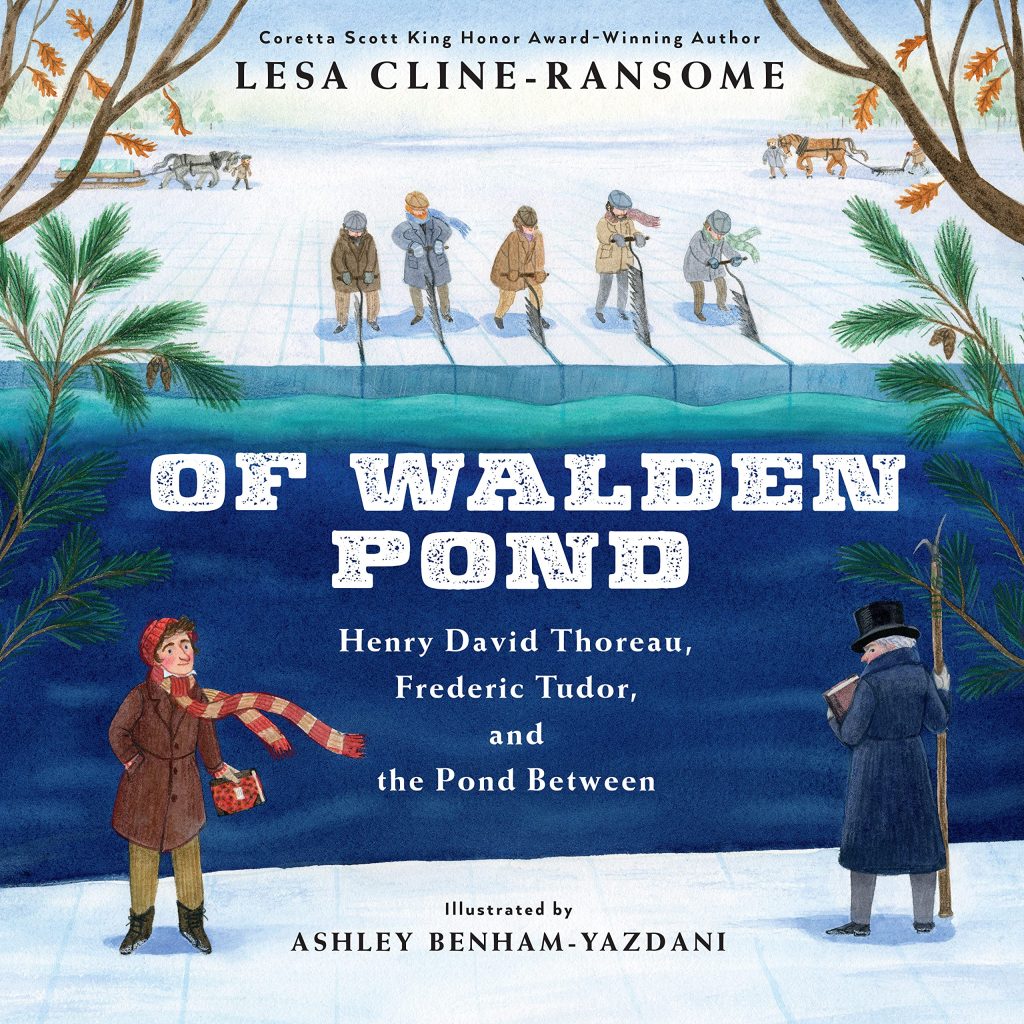 From the award-winning author of Before She Was Harriet comes another work of lyrical beauty, the story of Henry David Thoreau and businessman Frederic Tudor—and a changing world.

Thoreau and Tudor could not have been more different from each other. Yet both shared the bounties of Walden Pond and would change the course of history through their writings and innovations.

This study in opposites contrasts the austere philosopher with the consummate capitalist (whose innovations would change commercial ice harvesting and home refrigerators) to show how two seemingly conflicting American legacies could be built side by side.

Celebrated author Lesa Cline-Ransome takes her magnificent talent for research and detail to plumb the depths of these two history-makers. The graceful text is paired with Ashley Benham-Yazdani’s period accurate watercolor and pencil artwork. In winter, readers see Tudor’s men sawing through the ice, the workhorses dragging the ice, and Thoreau observing it all; in spring, summer, and fall, the ice continues its journey across the globe with Thoreau and Tudor writing and reflecting in their respective diaries.

An Author’s Note, which explores how Thoreau’s writings influenced such figures as Martin Luther King Jr., Robert Frost, and Mohandas Gandhi, is included.