Join Lesa Cline-Ransome to discuss “Just a Lucky So and So.”

Lesa Cline-Ransome and James Ransome have collaborated on many award-winning picture books for children. These include Before She was Harriet, a Coretta Scott King honor book; Benny Goodman & Teddy Wilson: Taking the Stage as the first Black-and-White Jazz Band in History; Satchel Paige, which was an ALA Best Book for Children and Words Set Me Free: The Story of Young Frederick Douglass, which received starred reviews in Booklist and School Library Journal. They live in the Hudson River Valley region of New York. 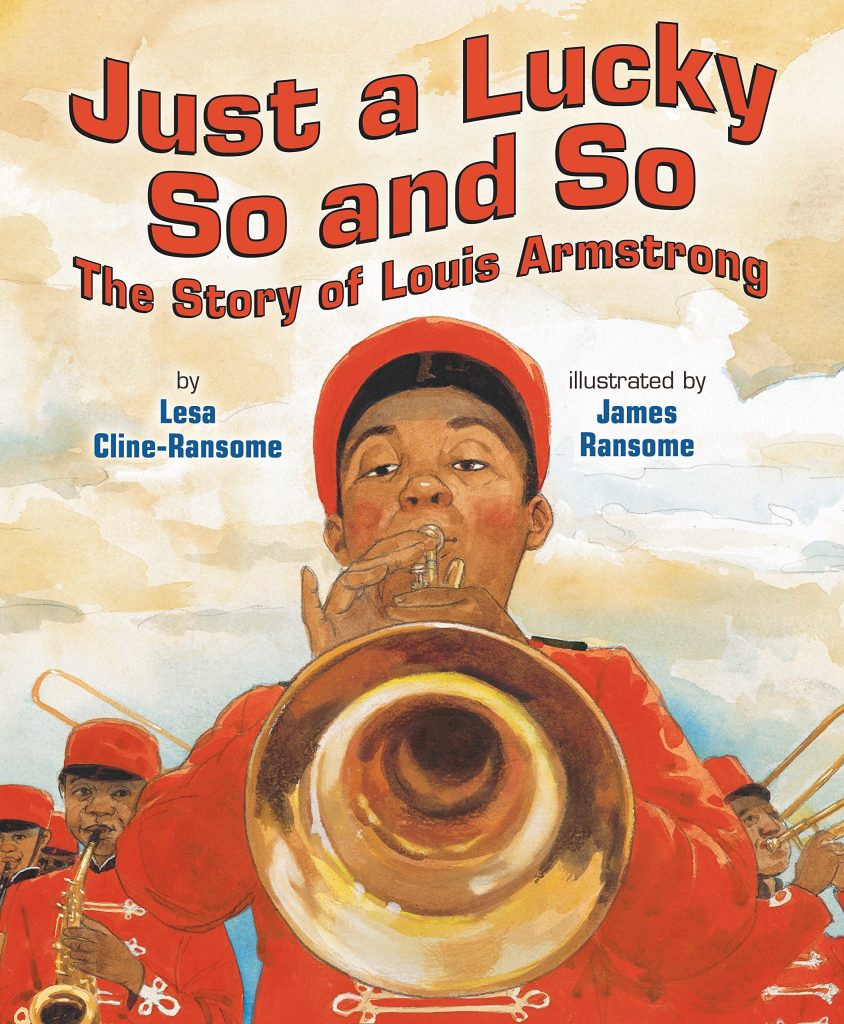 Louis Armstrong has been called the most important improviser in the history of jazz. Although his New Orleans neighborhood was poor in nearly everything else, it was rich in superb music. Young Louis took it all in, especially the cornet blowing of  Joe “King” Oliver. But after a run-in with the police, 11-year-old Louis was sent away to the Colored Waif’s Home for Boys where he became a disciplined musician in the school’s revered marching band.

Ultimately, he was to travel the world from Chicago to Paris and would transform jazz through his improvised singing (“scatting”) and masterful trumpet playing. He played with Duke Ellington, Ella Fitzgerald, Billie Holiday, and other jazz greats of his day. Armstrong was the first African-American man to host a national radio show, and the first jazz musiciain to write an autobiography.

This is a joyful tribute to the virtuoso musician and buoyant personality who introduced much of the world to jazz. The author’s note includes a detailed biography and resources to learn more about Louis Armstrong and jazz.