ART SPIEGELMAN is one of the world’s most admired and beloved comic artists, best known for his Pulitzer Prize-winning Holocaust narrative, Maus. Born in Stockholm in 1948, Spiegelman began studying cartooning in high school and drawing professionally at age sixteen. He studied art and philosophy at Harpur College before joining the underground comics movement in the 1960s. Spiegelman taught history and the aesthetics of comics at the School of Visual Arts in New York from 1979 to 1986, and in 1980 he founded RAW, the acclaimed avant-garde comics magazine, with his wife, Françoise Mouly. Honors Spiegelman has received include induction into the Will Eisner Hall of Fame and the Art Director’s Club Hall of Fame. In 2005, he was named one of Time magazine’s 100 Most Influential People. He was made an Officier de l’Ordre des Arts et des Lettres in 2007, and in 2011 he was awarded the Grand Prix at the Angoulême International Comics Festival. In 2015, he was elected to the American Academy of Arts and Letters, and in 2018 he became the first comic artist to receive the Edward MacDowell Medal. His art has been exhibited at museums throughout the world, including the Pompidou Center in Paris, the Ludwig Museum in Cologne, the Vancouver Art Gallery, the Jewish Museum in New York City, and the Los Angeles Museum of Contemporary Art. 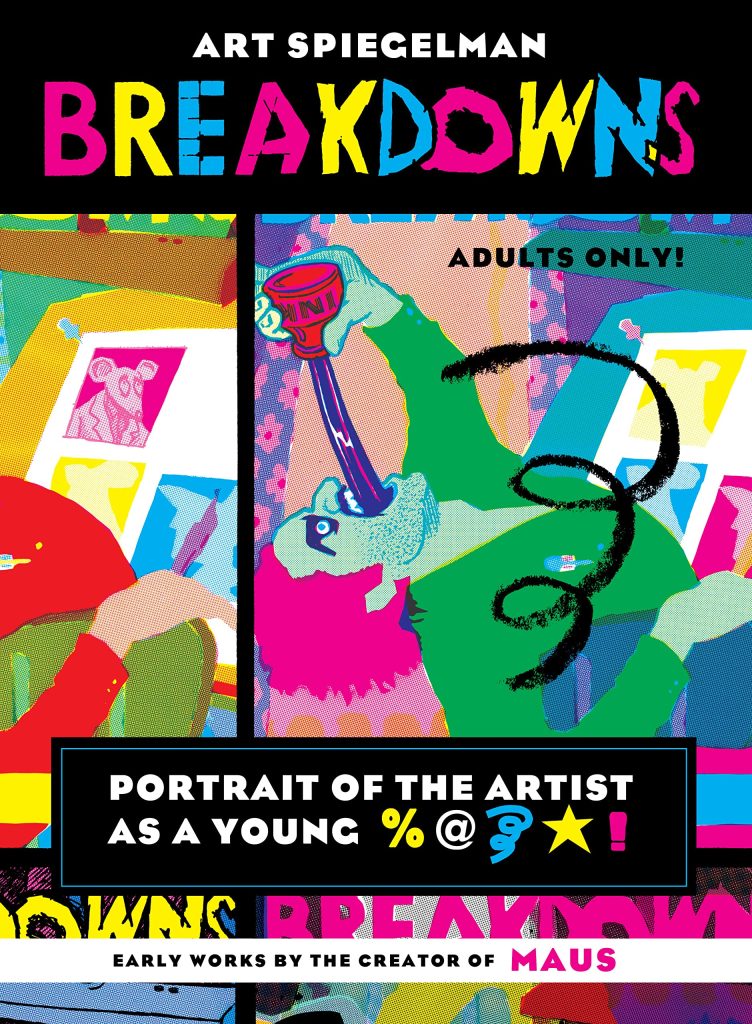 This legendary 1978 collection of comics by Art Spiegelman, Pulitzer Prize-winning author of the best-selling Maus, presents the seminal early works that changed how comics are made and appreciated today—now with a new Afterword by the author.

“Some of the smartest criticism of the comics genre ever rendered.” —NPR

Innovative, serious, funny, and many decades ahead of its time, Breakdowns is offered here in its entirety: the long-sought-after collection of the artist’s comics of the 1970s, along with an introduction almost as long as the book it introduces—and just as autobiographically intimate and experimentally daring.

At once the story of an artist and of his medium, Breakdowns alters the terms of what can be accomplished in a memoir.