Dey Street Books (January 31, 2023) Pamela Anderson “Love, Pamela”. Pamela Anderson, the international icon whose work spans both entertainment and activism, will be releasing a brand new memoir early next year, Jan. 2023. Sign up below to get news alerts about the book tour, appearances, and signed book news. This usually happens around the release date and we will send the news when it becomes available:

IS A WICKED DANCE.

PAMELA ANDERSON’s blond bombshell image was ubiquitous in the 1990s. Discovered in the stands during a Canadian football game, she was quickly launched into superstardom, becoming Playboy’s favorite cover girl and an emblem of Hollywood glamour and sex appeal. Yet the Pamela Anderson we think we know was created through happenstance rather than careful cultivation. Love, Pamela brings forth her true story: that of a small-town girl getting tangled up in her own dream.

Growing up on Vancouver Island, the daughter of young, wild, and unwittingly stylish parents, Pamela lived a hardscrabble childhood but developed a deep love for nature, populating her world with misfits, apparitional friends, and injured animals. Eventually overcoming her natural shyness, Pamela’s restless imagination propelled her into a life few can dream of, from the beaches of Malibu to the coveted scene at the Playboy Mansion. As her star rose, she found herself a fixture of tabloid fodder, at the height of an era when paparazzi tactics were bent on destroying a person’s image and self-esteem.

Pamela forged ahead with grace, finding sanctuary in her love of art and literature, and emerged a devoted mother and activist. Now, having returned to the island of her childhood, after a memorable run starring as Roxie in Chicago on Broadway, Pamela is telling her story, a story of an irrepressible free spirit coming home and discovering herself anew at every turn. With vivid prose interspersed with bursts of original poetry, Love, Pamela is a pensive, layered, and unforgettable memoir. 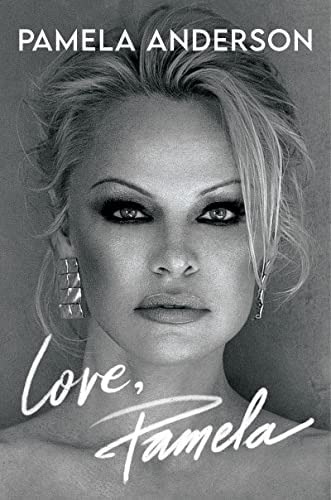 PAMELA ANDERSON is an international icon whose work spans both entertainment and activism. Through the Pamela Anderson Foundation, she champions causes close to her heart, including ocean and rain forest conservation and the protection of vulnerable humans and animals. Above all else, being a mother to sons Brandon Thomas Lee and Dylan Jagger Lee has been Pamela’s priority and greatest source of pride.

Pamela Denise Anderson (born July 1, 1967) is a Canadian-American actress and model. She is best known for her glamour modeling work in Playboy magazine and for her appearances on the television series Baywatch (1992–1997).

Anderson came to public prominence after being selected as the February 1990 Playmate of the Month for Playboy. She went on to make regular appearances on the magazine’s cover, holding the record for the most Playboy covers by any person. Anderson became known to a wider audience in 1991 when she appeared on the ABC sitcom Home Improvement, playing the role of Lisa for its first two seasons. She gained international recognition for her starring role as “C.J.” Parker on the action drama series Baywatch (1992–1997), further cementing her status as a sex symbol.[6] She played Vallery Irons on the syndicated series V.I.P. (1998–2002) and starred as Skyler Dayton on the Fox sitcom Stacked (2005–2006).

Anderson has publicly supported various charitable causes, particularly animal rights, and has endorsed PETA activities.[7] She has also released two autobiographies and four novels. Anderson was the recipient of a star on the Canadian Walk of Fame in 2006. She holds both American and Canadian citizenship. 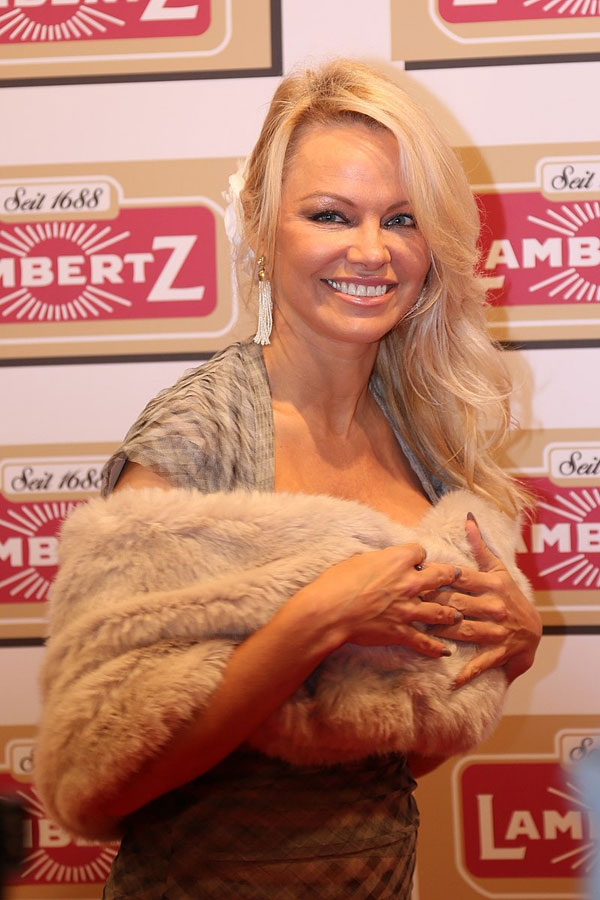