Kate Belli lives in the mid-Atlantic region with her husband and son. When not writing, she works as a professor or a yogi, depending on the day. 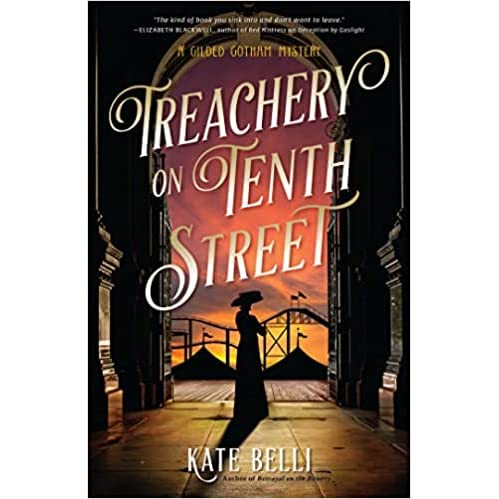 Somebody’s killing the most glamorous models in Gilded-Age New York, but intrepid Genevieve Stewart is up to the task in Kate Belli’s third Gilded Gotham mystery, for fans of Victoria Thompson and Andrea Penrose.

As a heat wave engulfs New York in the summer of 1889, the city’s top models begin turning up dead, one by one, suggesting the work of a single killer. Society girl turned investigative journalist Genevieve Stewart is drawn into the case when Beatrice Holler, one of her friend Callie’s fellow models, is found with her throat cut.

Genevieve and her compatriot, wealthy Daniel McCaffrey, are joined by Callie to seek out the suspects, which leads them to search for answers from the members of the elite, notorious gangsters, and the city’s most prominent painters.

In an era when London’s Jack the Ripper murders have everyone on edge, the police want to keep the killings quiet. But the bodies are piling up as fast as the suspects—and unless the killer is found, the simmering New York summer could boil over into madness.