Author Bruce Henderson will discuss “Bridge to the Sun.”

BRUCE HENDERSON is the author of more than twenty nonfiction books, including Sons and Soldiers: The Untold Story of the Jews Who Escaped the Nazi and Returned with the U.S. Army to Fight Hitler, and True North: Peary, Cook and the Race to the Pole. He is the co-author of the #1 New York Times bestseller And the Sea Will Tell (with Vincent Bugliosi). An award-winning journalist who has taught reporting and writing at USC School of Journalism and Stanford University, Henderson lives in northern California. 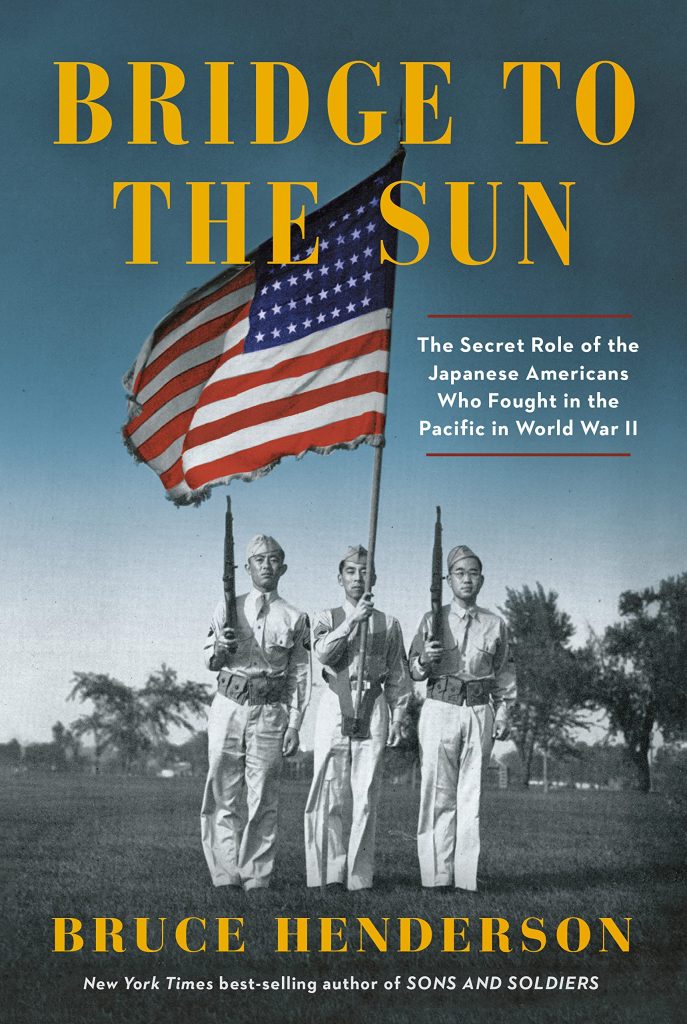 One of the last, great untold stories of World War II—kept hidden for decades—even after most of the World War II records were declassified in 1972, many of the files remained untouched in various archives—a gripping true tale of courage and adventure from Bruce Henderson, master storyteller, historian, and New York Times best-selling author of Sons and Soldiers—the saga of the Japanese American U.S. Army soldiers who fought in the Pacific theater, in Burma, Iwo Jima, Okinawa, with their families back home in America, under U.S. Executive Order 9066, held behind barbed wire in government internment camps.

After Japan’s surprise attack on Pearl Harbor, the U.S. military was desperate to find Americans who spoke Japanese to serve in the Pacific war. They soon turned to the Nisei—first-generation U.S. citizens whose parents were immigrants from Japan. Eager to prove their loyalty to America, several thousand Nisei—many of them volunteering from the internment camps where they were being held behind barbed wire—were selected by the Army for top-secret training, then were rushed to the Pacific theater. Highly valued as expert translators and interrogators, these Japanese American soldiers operated in elite intelligence teams alongside Army infantrymen and Marines on the front lines of the Pacific war, from Iwo Jima to Burma, from the Solomons to Okinawa.

Henderson reveals, in riveting detail, the harrowing untold story of the Nisei and their major contributions in the war of the Pacific, through six Japanese American soldiers. After the war, these soldiers became translators and interrogators for war crime trials, and later helped to rebuild Japan as a modern democracy and a pivotal U.S. ally.