Join J. BRADFORD DELONG—economic historian and professor of economics at the University of California, Berkeley—for a discussion of his new book “Slouching Towards Utopia: An Economic History of the Twentieth Century.”

J. Bradford DeLong, an economic historian, is a professor of economics at the University of California, Berkeley. He was a deputy assistant secretary of the U.S. Treasury during the Clinton administration. He writes a widely read economics blog, now at braddelong.substack.com. He lives in Berkeley, California. 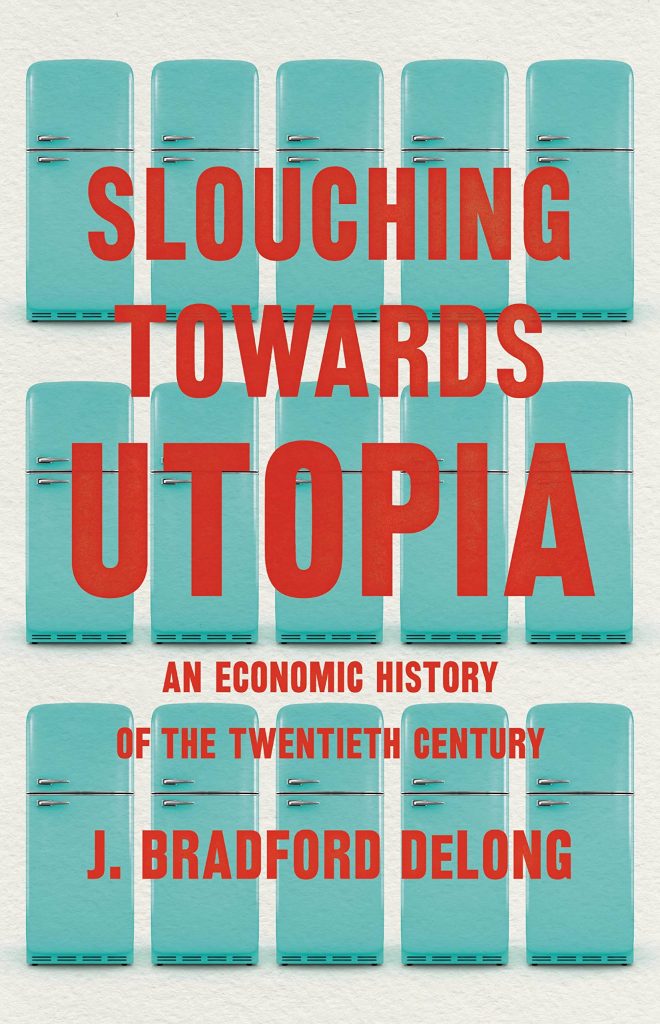 From one of the world’s leading economists, a grand narrative of the century that made us richer than ever, yet left us unsatisfied

Before 1870, humanity lived in dire poverty, with a slow crawl of invention offset by a growing population. Then came a great shift: invention sprinted forward, doubling our technological capabilities each generation and utterly transforming the economy again and again. Our ancestors would have presumed we would have used such powers to build utopia. But it was not so. When 1870–2010 ended, the world instead saw global warming; economic depression, uncertainty, and inequality; and broad rejection of the status quo.

Economist Brad DeLong’s Slouching Towards Utopia tells the story of how this unprecedented explosion?of material wealth?occurred,?how it transformed the globe, and?why?it?failed to deliver us to utopia.?Of remarkable breadth and ambition,?it?reveals the last century to have been less?a march of progress?than?a slouch?in the right direction.