Join in an in-person event with Pedram Navab to discuss “The Claw of the Magnolia.”

Pedram Navab is a neurologist and a Fellow of the American Academy of Sleep Medicine who currently resides in Los Angeles. Educated at Stanford and Brown, he also holds a graduate degree in English and a J.D. He was nominated for a Pushcart Prize for a stand-alone excerpt of Without Anesthesia, his debut novel. 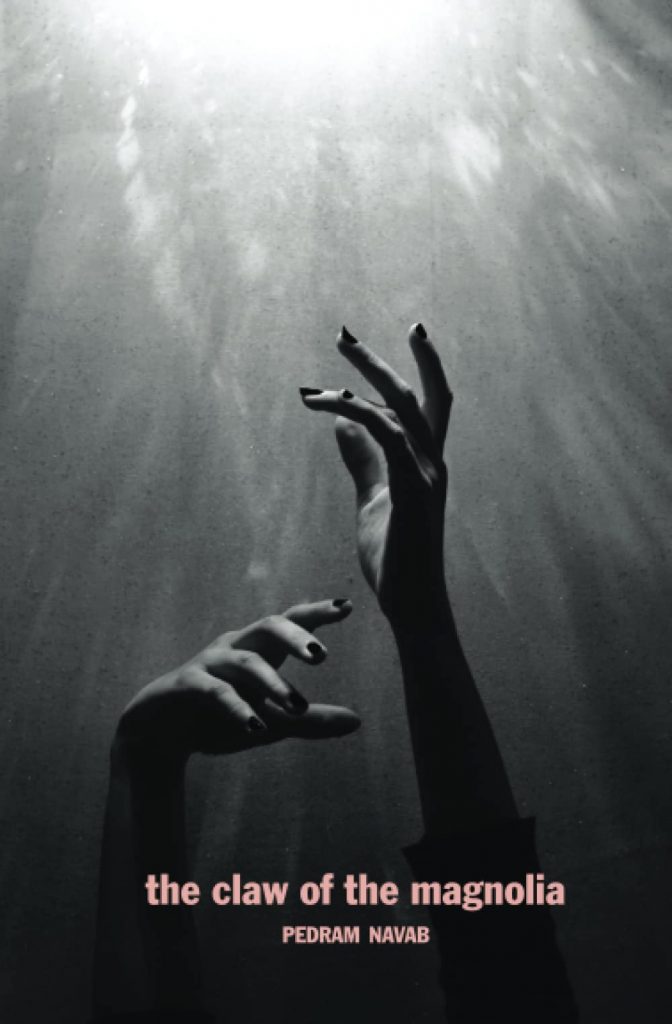 Against the haunted landscape of New England, an elusive manuscript of a renowned Muslim professor is stolen from a university library’s special collections. The professor died under mysterious circumstances, but her body was never found. The manuscript reveals an irreconcilable metaphysical phenomenon that she experienced shortly before her death. Twenty-six years later, this document connects the fates of other individuals, including a homeless drifter, an emergency room resident physician, an aspiring runway model, and a man who is intent on exculpating himself from a heinous crime. A depiction of the ways in which our past problematizes the manner in which we see, or desire to see, things, The Claw of the Magnolia examines the ways in which we justify trauma, suffering, and killing in order to absolve our troubled ghosts and secrets.

The often hazy line of demarcation between all of nature’s twins—two human beings held apart and together by genetic and emotional forces, two memories held apart and together by those who share them, even two forms of writing, the deeply factual and lyrically beautiful—is impressively traced in Pedram Navab’s stunner of a book.
David Rocklin, author of The Luminist and The Night Language

An evocative and unsettling novel that unspools in fragments and multiple narratives as surreal as Edgar Alan Poe and as sobering as an Emergency Room at midnight (and vice versa), this is a wondrous puzzle of a book that’ll shake your snowglobe.
Mark Haskell Smith, author of Blown

Suitably set in H. P. Lovecraft’s hometown, The Claw of the Magnolia is more than a carefully-plotted tale of suspense. Inside its charnel houses, beyond the secrets shared by twins, the mysteries of practicing medicine and the rituals that circumscribe the observance of seemingly opposing religions, Pedram Navab’s chilling novel is an investigation into the liminal space between memory and imagination.
Jane Rosenberg LaForge, author of Sisterhood of the Infamous

The Claw of the Magnolia is both profound and wickedly entertaining, filled with mesmerizing doubles (including twin sisters), ghosts, monsters, and mysteries winding through worlds seen and unseen. You’ll find yourself torn between wanting to rip through a plot that’s twisty as a thriller and yearning to linger in its philosophical mazes.
Dawn Raffel, author of The Strange Case of Dr. Couney

Pedram Navab’s The Claw of the Magnolia is a novel of intrigue that will affect a reader. It is a highly creative and devilishly plotted tale of fate, filial and sisterly love, impossible yearnings, suicides, and the space between life and death.
Jorge Armenteros, author of The Striped Tunic Trilogy and Touch That Which You Cannot Possess

Far more than a medical mystery, The Claw of the Magnolia erupts as a gothic tale of ghosts and lost manuscripts, madness and disease, and a cast of distinctive characters linked across time and place. With a phantastic imagination tempered by fascinating research, author Pedram Navab once again creates a dizzying world.