Join PETER DRIER—sports historian and E.P. Clapp Distinguished Professor of Politics at Occidental College—for a discussion of his books, “Major League Rebels: Baseball Battles Over Workers’ Rights and American Empire” and “Baseball Rebels: The Players, People, and Social Movements That Shook Up the Game and Changed America.”

Peter Dreier is E.P. Clapp Distinguished Professor of Politics and founding chair of the Urban and Environmental Policy Department at Occidental College. A former newspaper reporter, community organizer, and senior policy advisor to Boston Mayor Ray Flynn, he has authored, coauthored, or edited eight books, including The 100 Greatest Americans of the Twentieth Century: A Social Justice Hall of Fame and Place Matters: Metro Politics for the Twenty-First Century. A member of SABR and the Baseball Reliquary, Dreier has published hundreds of articles, op-ed columns, and essays on baseball, politics and social movements for the New York Times, Washington Post, Los Angeles Times, the Nation, American Prospect, Dissent, New Republic, Huffington Post, Salon, Talking Points Memo, the Progressive, and elsewhere. He frequently appears in the national media and has been interviewed by Bill Moyers, Travis Smiley, Rachel Maddow, and Bill O’Reilly, among others. He lives in Pasadena, CA. 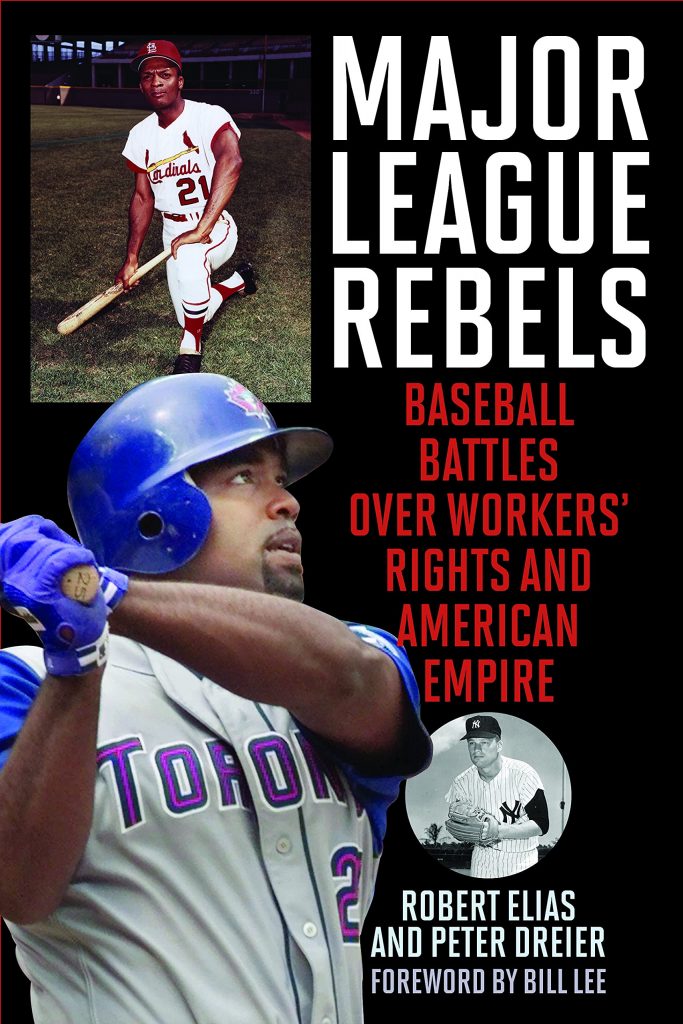 A captivating history of the baseball reformers and revolutionaries who challenged their sport and society—and in turn helped change America.

Athletes have often used their platform to respond to and protest injustices, from Muhammad Ali and Colin Kaepernick to Billie Jean King and Megan Rapinoe. Compared to their counterparts, baseball players have often been more cautious about speaking out on controversial issues; but throughout the sport’s history, there have been many players who were willing to stand up and fight for what was right.

In Major League Rebels: Baseball Battles over Workers’ Rights and American Empire, Robert Elias and Peter Dreier reveal a little-known yet important history of rebellion among professional ballplayers. These reformers took inspiration from the country’s dissenters and progressive movements, speaking and acting against abuses within their profession and their country. Elias and Dreier profile the courageous players who demanded better working conditions, battled against corporate power, and challenged America’s unjust wars, imperialism, and foreign policies, resisting the brash patriotism that many link with the “national pastime.”

American history can be seen as an ongoing battle over wealth and income inequality, corporate power versus workers’ rights, what it means to be a “patriotic” American, and the role of the United States outside its borders. For over 100 years, baseball activists have challenged the status quo, contributing to the kind of dissent that creates a more humane society. Major League Rebels tells their inspiring stories. 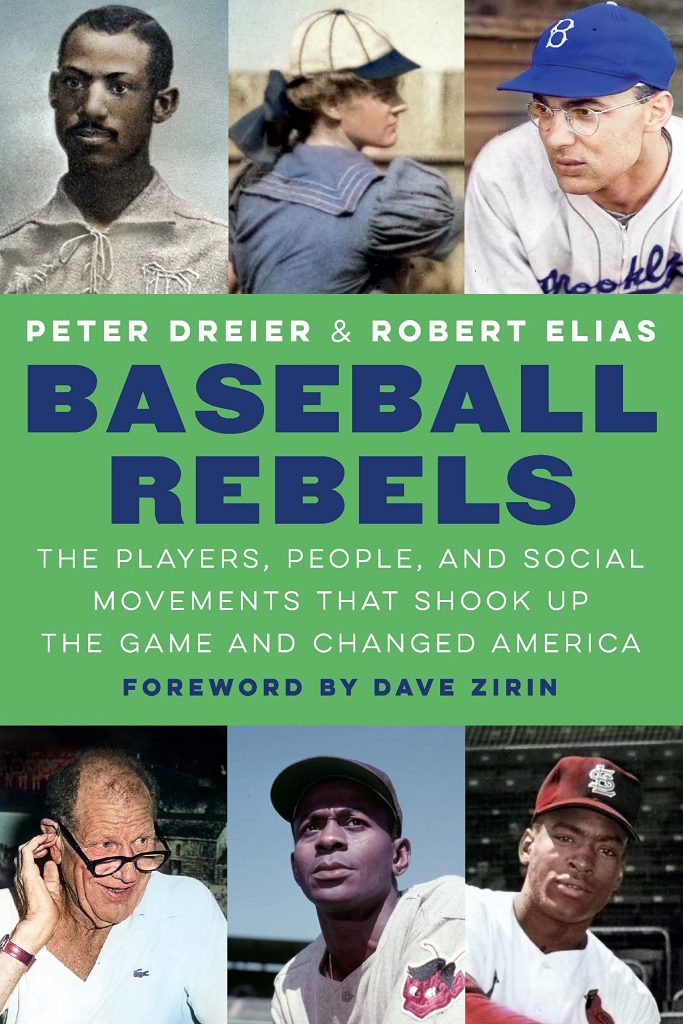 Since baseball emerged in the mid-1800s to become America’s pastime, the nation’s battles over race, gender, and sexuality have been reflected on the playing field, in the executive suites, in the press box, and in the community. Some of baseball’s rebels are widely recognized, but most of them are either little known or known primarily for their baseball achievements—not their political views and activism. Everyone knows the story of Jackie Robinson breaking baseball’s color line, but less known is Sam Nahem, who opposed the racial divide in the U.S. military and organized an integrated military team that won a championship in 1945. Or Toni Stone, the first of three women who played for the Indianapolis Clowns in the previously all-male Negro Leagues. Or Dave Pallone, MLB’s first gay umpire. Many players, owners, reporters, and other activists challenged both the baseball establishment and society’s status quo.

Baseball Rebels tells stories of baseball’s reformers and radicals who were influenced by, and in turn influenced, America’s broader political and social protest movements, making the game—and society—better along the way.