Join lawyer and author JOHN TAYLOR WILLIAMS—founder of the Boston literary agency Kneerim & Williams—for a discussion of his book, “The Shores of Bohemia: A Cape Cod Story, 1910-1960.”

John Taylor “Ike” Williams is a founder of the literary agency Kneerim & Williams and a lawyer specializing in intellectual property and First Amendment litigation. He is the coauthor of the widely used textbook Perle, Williams & Fischer on Publishing Law. Williams has served as chair of the National Endowment for the Arts awards panel and as a trustee of the Institute of Contemporary Art in Boston and of the Fine Arts Work Center in Provincetown, Massachusetts, among other positions. He lives in Cambridge and Wellfleet, Massachusetts. 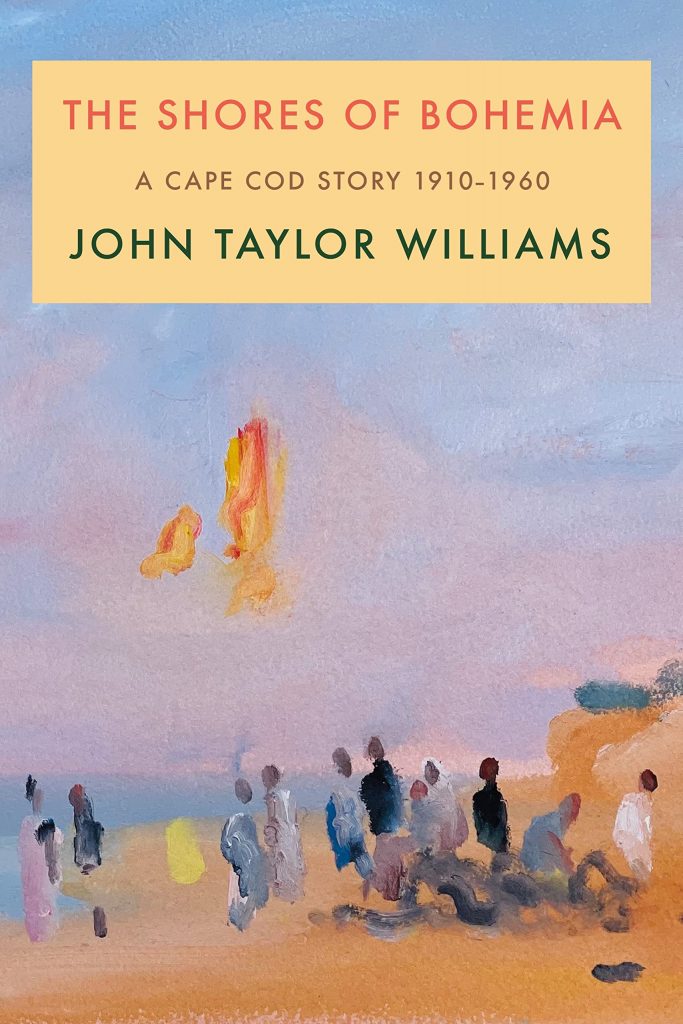 An intimate portrait of a legendary generation of artists, writers, activists, and dreamers who created a utopia on the shores of Cape Cod during the first half of the twentieth century.

Their names are iconic: Eugene O’Neill, Willem de Kooning, Josef and Anni Albers, Emma Goldman, Mary McCarthy, Edward Hopper, Walter Gropius?the list goes on and on. Scorning the devastation that industrialization had wrought on the nation’s workforce and culture in the early decades of the twentieth century, they gathered in the streets of Greenwich Village and on the beach – fronts of Cape Cod. They began as progressives but soon turned to socialism, then communism. They founded theaters, periodicals, and art schools. They formed editorial boards that met in beach shacks and performed radical new plays in a shanty on the docks, where they could see the ocean through cracks in the floor. They welcomed the tremendous wave of talent fleeing Europe in the 1930s. At the end of their era, in the 1960s, as the postwar economy boomed, they took shelter in liberalism when the anticapitalist movement fragmented into other causes.

John Taylor “Ike” Williams, who married into the Cape’s artistic world and has spent half a century talking about and walking along its shores with these cultural and political luminaries, renders the twisting lives and careers of a generation of staggering American thinkers and creators. The Shores of Bohemia records a great set of shifts in American culture and the ideas and arguments fueled by drink, infidelity, and competition that made for a fifty-year conversation among intellectual leaders and creative revolutionaries. Together they found a community as they created some of the great works of the American Century. This is their story. Welcome to the party!