Join fiction writer and visual artist DONNA GORDON for a discussion of her new novel, “What Ben Franklin Would Have Told Me.”

Donna Gordon graduated from Brown, was a Stegner Fellow at Stanford, a PEN Discovery, and a Ploughshares Discovery. She received the New Letters Publication Prize in fiction, and her writing has appeared in Tin House, Ploughshares, Story Quarterly, Post Road, The Quarterly, Poetry Northwest, the Boston Globe Magazine, Solstice, and others. Her work with former political prisoners culminated in “Putting Faces on the Unimaginable: Portraits and Interviews with Former Prisoners of Conscience.” What Ben Franklin Would Have Told Me is her first novel. She lives in Cambridge, MA with her husband and two sons. 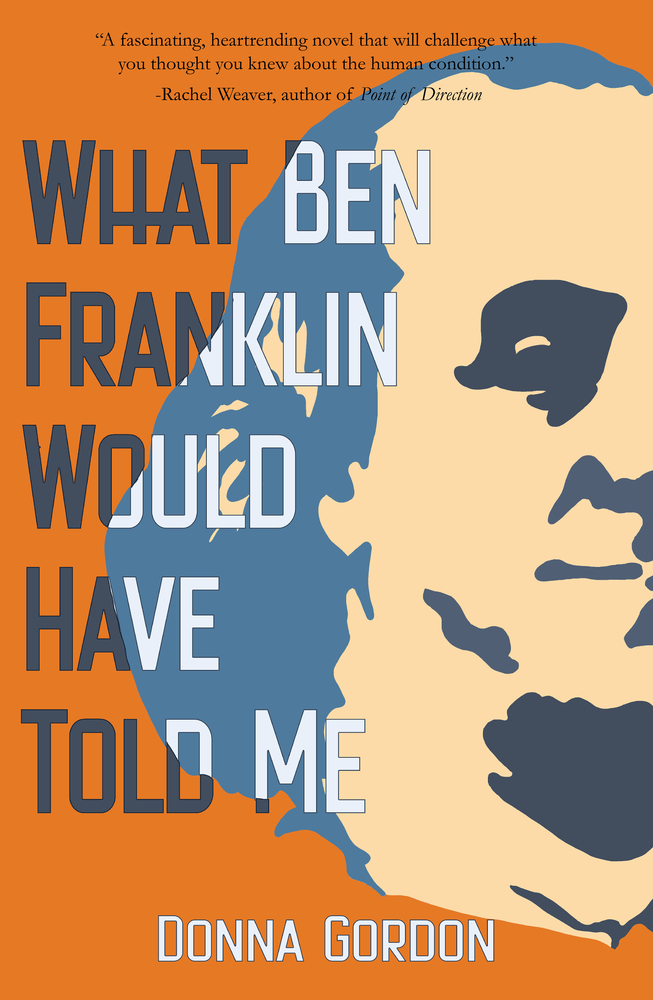 What Ben Franklin Would Have Told Me explores the story of Lee, a vibrant thirteen-year-old boy who is facing premature death from Progeria (a premature aging disease); his caretaker TomÁs, a survivor of Argentina’s Dirty War, who is searching for his missing wife, who was pregnant when they were both “disappeared;” and Lee’s single mother, Cass, overwhelmed by love for her son and the demands of her work as a Broadway makeup artist. When a mix-up prevents Cass from taking Lee on his “final wish” trip to Washington, D.C. and Philadelphia to pursue his interest in the life of Ben Franklin, TomÁs–who has discovered potential leads to his family in both cities–offers to accompany Lee on the trip. As one flees memories of death and the other hurtles inevitably toward it, they each share unsettling truths and find themselves transformed in the process. Set during the Ronald Reagan presidency, this lyrical novel transcends an adventure story to take the reader on an unforgettable journey.