Join philosophy scholars CLARE MAC CUMHAILL and RACHAEL WISEMAN for a discussion of their co-authored book “Metaphysical Animals: How Four Women Brought Philosophy Back to Life.”

Dr CLARE MAC CUMHAILL and Dr RACHAEL WISEMAN are philosophy lecturers and friends. Mac Cumhaill is an expert in the philosophy of perception and aesthetics at Durham University, home of the Mary Midgley Papers; Wiseman lectures at Liverpool University and is a recognised authority on the work of Elizabeth Anscombe. They are the co-directors of www.womeninparenthesis.co.uk, a scholarly project that makes the case for analytic philosophy’s first all-female philosophical school. 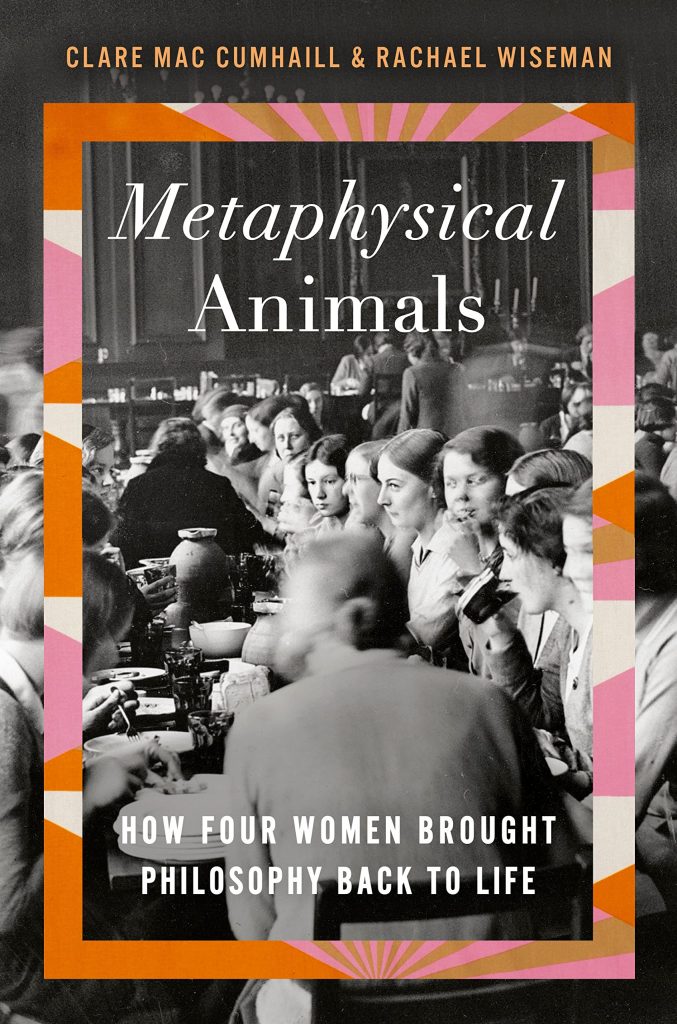 The history of European philosophy is usually constructed from the work of men. In Metaphysical Animals, a pioneering group biography, Clare Mac Cumhaill and Rachael Wiseman offer a compelling alternative. In the mid-twentieth century Elizabeth Anscombe, Mary Midgley, Philippa Foot, and Iris Murdoch were philosophy students at Oxford when most male undergraduates and many tutors were conscripted away to fight in the Second World War. Together, these young women, all friends, developed a philosophy that could respond to the war’s darkest revelations.

Neither the great Enlightenment thinkers of the past, the logical innovators of the early twentieth century, or the new Existentialist philosophy trickling across the Channel, could make sense of this new human reality of limitless depravity and destructive power, the women felt. Their answer was to bring philosophy back to life. We are metaphysical animals, they realized, creatures that can question their very being. Who am I? What is freedom? What is human goodness? The answers we give, they believed, shape what we will become.

Written with expertise and flair, Metaphysical Animals is a lively portrait of women who shared ideas, but also apartments, clothes and even lovers. Mac Cumhaill and Wiseman show how from the disorder and despair of the war, four brilliant friends created a way of ethical thinking that is there for us today.