Join in a virtual event with Adrienne Celt, author of “End of the World House.”

Adrienne Celt is originally from Seattle, but now lives in Tucson, Arizona. She is the author of two previous novels: Invitation to a Bonfire, currently being adapted for TV by AMC, and The Daughters, which won the 2015 PEN Southwest Book Award for Fiction and was named a Best Book of the Year by NPR. Adrienne is also a cartoonist, and she publishes a weekly webcomic at LoveAmongtheLampreys.com. 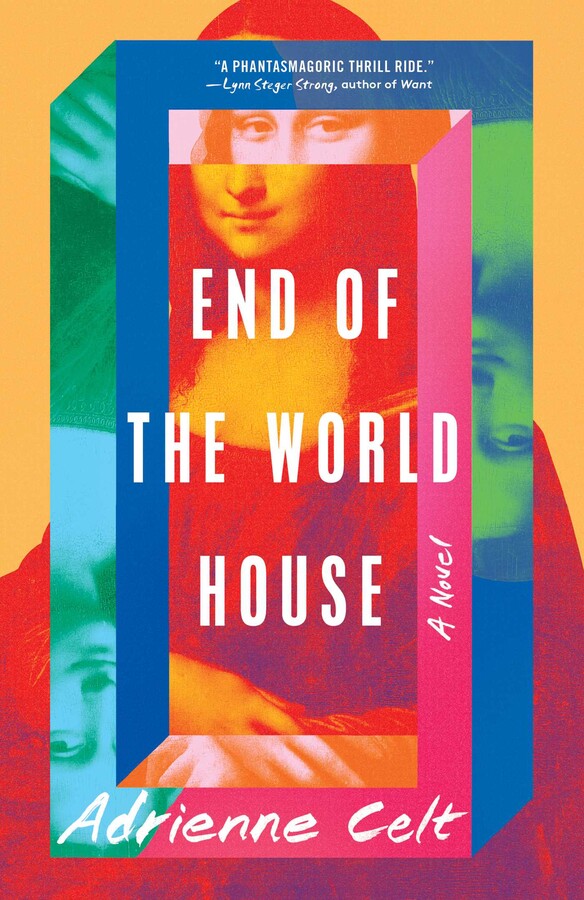 Groundhog Day meets Ling Ma’s Severance in End of the World House, a thought-provoking comedic novel about two young women trying to save their friendship as the world collapses around them.

Bertie and Kate have been best friends since high school. Bertie is a semi-failed cartoonist, working for a prominent Silicon Valley tech firm. Her job depresses her, but not as much as the fact that Kate has recently decided to move from San Francisco to Los Angeles.

When Bertie’s attempts to make Kate stay fail, she suggests the next-best thing: a trip to Paris that will hopefully distract the duo from their upcoming separation. The vacation is also a sort of last hurrah, coming during a ceasefire in a series of escalating world conflicts.

One night in Paris, they meet a strange man in a bar who offers them a private tour of the Louvre. The women find themselves alone in the museum, where nothing is quite as it seems. Caught up in a day that keeps repeating itself, Bertie and Kate are eventually separated, and Bertie is faced with a mystery that threatens to derail everything. In order to make her way back to Kate, Bertie has to figure out how much control she has over her future—and her past—and how to survive an apocalypse when the world keeps refusing to end.