Join Academy Award–winning film and television actress MINNIE DRIVER for a discussion of her new book “Managing Expectations: A Memoir in Essays.”

Minnie Driver is an English and American actress, singer, and songwriter whose films include Circle of Friends, GoldenEye, Big Night, Grosse Pointe Blank, Sleepers, Ella Enchanted, The Phantom of the Opera, and most recently, the Amazon Original film Cinderella. For her role as Skylar in Gus Van Sant’s Good Will Hunting, she was nominated for both the Academy Award for Best Supporting Actress and a Screen Actors Guild Award. She has also starred in several television series, including The Riches, for which she received Emmy and Golden Globe nominations and has recorded three albums, all of which received considerable critical acclaim. She lives in Los Angeles. 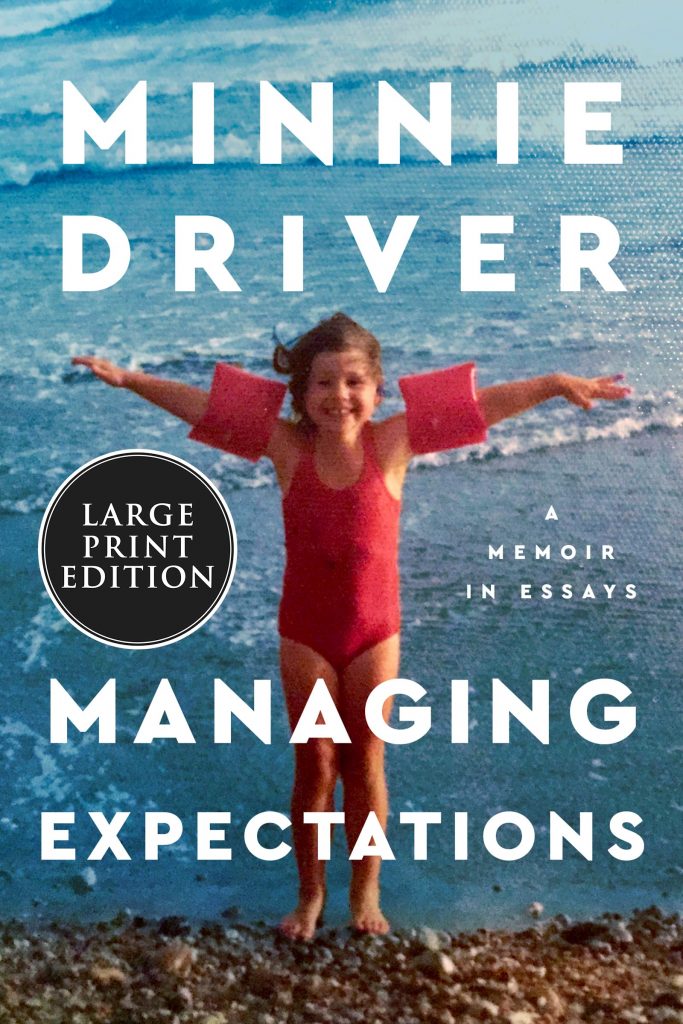 A charming, poignant, and mesmerizing memoir in essays from beloved actor and natural-born storyteller Minnie Driver, chronicling the way life works out even when it doesn’t.

In this intimate, beautifully crafted collection, Driver writes with disarming charm and candor about her bohemian upbringing between England and Barbados; her post-university travails and triumphs—from being the only student in her acting school not taken on by an agent to being discovered at a rave in a muddy field in the English countryside; shooting to fame in one of the most influential films of the 1990s and being nominated for an Academy Award; and finding the true light of her life, her son. She chronicles her unconventional career path, including the time she gave up on acting to sell jeans in Uruguay, her journey as a single parent, and the heartbreaking loss of her mother.

Like Lena Dunham in Not That Kind of Girl, Gabrielle Union in We’re Going to Need More Wine and Patti Smith in Just Kids, Driver writes with razor-sharp humor and grace as she explores navigating the depths of failure, fighting for success, discovering the unmatched wonder and challenge of motherhood, and wading through immeasurable grief. Effortlessly charming, deeply funny, personal, and honest, Managing Expectations reminds us of the way life works out—even when it doesn’t.