Join FERNANDO A. FLORES—author of the collection Death to the Bullshit Artists of South Texas and the novel Tears of the Trufflepig—for a discussion of his new collection “Valleyesque: Stories.”

Fernando A. Flores was born in Reynosa, Tamaulipas, Mexico, and grew up in South Texas. He is the author of the collection Death to the Bullshit Artists of South Texas and the novel Tears of the Trufflepig, which was long-listed for the Center for Fiction First Novel Prize and named a best book of 2019 by Tor.com. His fiction has appeared in the Los Angeles Review of Books Quarterly, American Short Fiction, Ploughshares, Frieze, Porter House Review, and elsewhere. He lives in Austin, Texas. 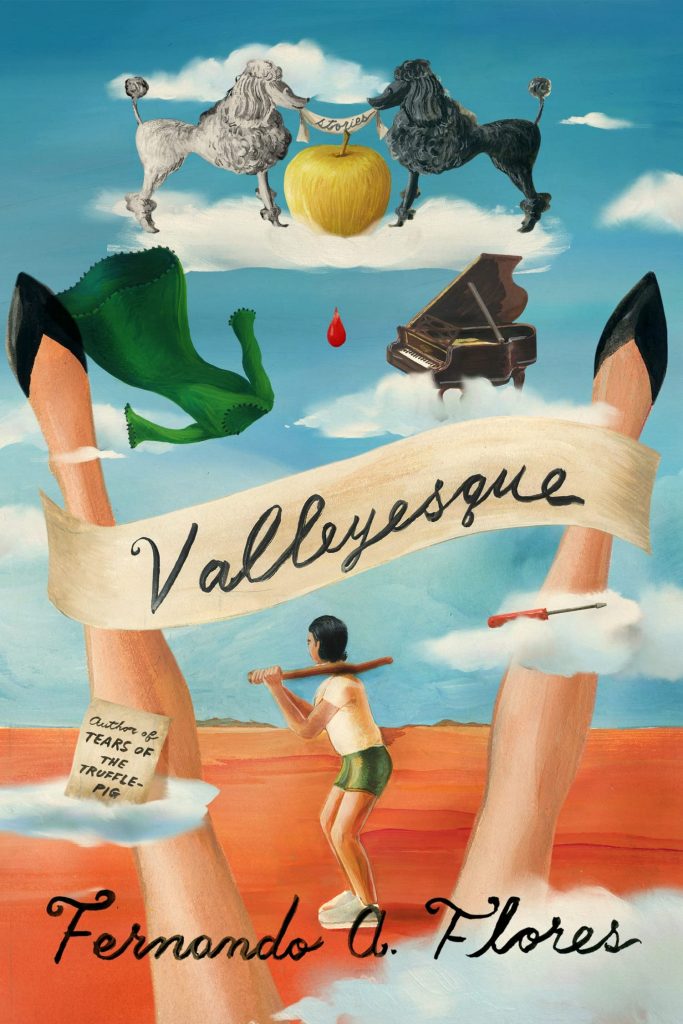 One of The Millions‘s Most Anticipated Books of 2022

“These are marvelously unpredictable stories, anchored by Fernando A. Flores’s deadpan prose and his surefooted navigation of those overlapping territories, the real and the fantastic, where so much of the best contemporary fiction now lives.” ?Kelly Link, author of Get in Trouble

Psychedelic, dazzling stories set in the cracks of the Texas-Mexico borderland, from an iconoclastic storyteller and the author of Tears of the Trufflepig.

No one captures the border?its history and imagination, its danger, contradiction, and redemption?like Fernando A. Flores, whose stories reimagine and reinterpret the region’s existence with peerless style. In his immersive, uncanny borderland, things are never what they seem: a world where the sun is both rising and setting, and where conniving possums efficiently take over an entire town and rewrite its history.

The stories in Valleyesque dance between the fantastical and the hyperreal with dexterous, often hilarious flair. A dying Frédéric Chopin stumbles through Ciudad Juárez in the aftermath of his mother’s death, attempting to recover his beloved piano that was seized at the border, while a muralist is taken on a psychedelic journey by an airbrushed Emiliano Zapata T-shirt. A woman is engulfed by a used-clothing warehouse with a life of its own, and a grieving mother breathlessly chronicles the demise of a town decimated by violence. In two separate stories, queso dip and musical rhythms are bottled up and sold for mass consumption. And in the final tale, Flores pieces together the adventures of a young Lee Harvey Oswald as he starts a music career in Texas.

Swinging between satire and surrealism, grief and joy, Valleyesque is a boundary- and border-pushing collection from a one-of-a-kind stylist and voice. With the visceral imagination that made his debut novel, Tears of the Trufflepig, a cult classic, Flores brings his vision of the border to life?and beyond.