Join celebrated writer and historian of medicine ELENA CONIS for a discussion of her latest book, “How to Sell a Poison: The Rise, Fall, and Toxic Return of DDT.”

Elena Conis is a writer and historian of medicine, public health, and the environment. She teaches at the Berkeley Graduate School of Journalism and the Media Studies Program, and directs the graduate program in Public Journalism. Her current research focuses on scientific controversies, science denial, and the public understanding of science, and has been supported by the National Endowment for the Humanities, the National Institutes of Health/National Library of Medicine, and the Science History Institute. Her first book, Vaccine Nation: America’s Changing Relationship with Immunization, received the Arthur J. Viseltear Award from the American Public Health Association and was named a Choice Outstanding Academic Title and a Science Pick of the Week by the journal Nature. 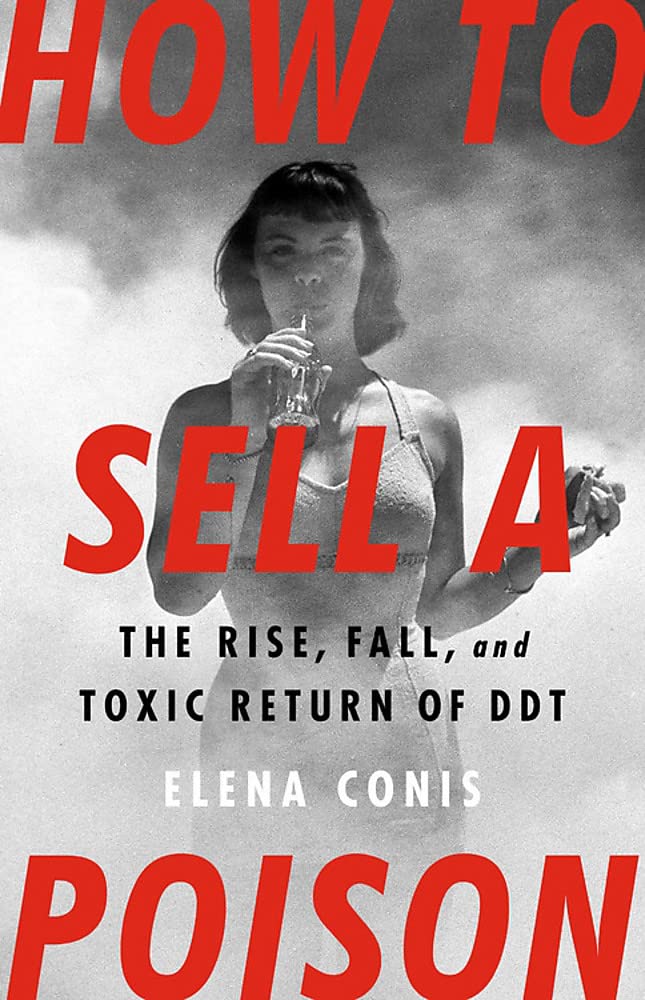 The story of an infamous poison that left toxic bodies and decimated wildlife in its wake is also a cautionary tale about how corporations stoke the flames of science denialism for profit.

The chemical compound DDT first earned fame during World War II by wiping out insects that caused disease and boosting Allied forces to victory. Americans granted it a hero’s homecoming, spraying it on everything from crops and livestock to cupboards and curtains. Then, in 1972, it was banned in the US. But decades after that, a cry arose to demand its return.

This is the sweeping narrative of generations of Americans who struggled to make sense of the notorious chemical’s risks and benefits. Historian Elena Conis follows DDT from postwar farms, factories, and suburban enclaves to the floors of Congress and tony social clubs, where industry barons met with Madison Avenue brain trusts to figure out how to sell the idea that a little poison in our food and bodies was nothing to worry about.

In an age of spreading misinformation on issues including pesticides, vaccines, and climate change, Conis shows that we need new ways of communicating about science—as a constantly evolving discipline, not an immutable collection of facts—before it’s too late.