Join in an in-person event with Craig Conover, author of “Pillow Talk.”

Craig Conover is one of the stars of Bravo’s Southern Charm and the cofounder and CMO of Sewing Down South. He is a graduate of the College of Charleston and the Charleston School of Law, and he currently resides in Charleston. 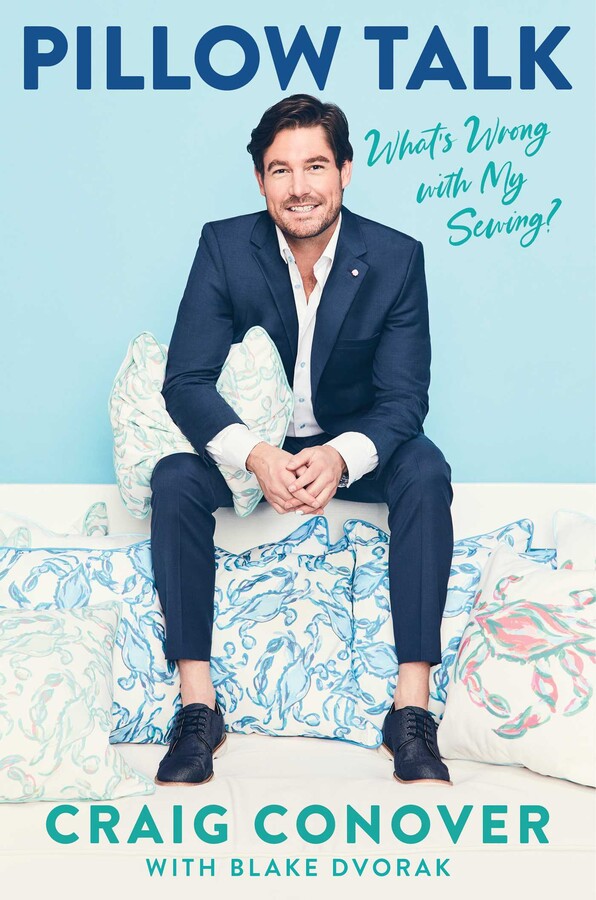 Perfect for fans of One Day You’ll Thank Me and Capital Gaines, the star of Southern Charm and cofounder and CMO of Sewing Down South reveals how he turned his passion for sewing into a profitable enterprise and a fulfilling life, while also taking us behind-the-scenes of one of Bravo’s most popular shows.

As a young boy sitting at a sewing machine in home economics class, Craig Conover had no idea that this hobby would one day change his life for the better. Growing up in Delaware, Conover experienced cruel bullying and suffered from severe anxiety and obsessive-compulsive disorder that robbed him of his childhood confidence and made him crave success. But while law school in Charleston seemed to provide him the direction he needed, Conover spent years searching for meaning and passion in life. The chance to become a cast member on Bravo’s Southern Charm promised to provide that.

Though the show gave Conover his shot at fame and fortune, it also offered destructive temptations that fed his insecurities. As the show increased in popularity, he sank deeper into procrastination and self-doubt. Unable to take control of his life, Conover quickly lost his job, his girlfriend, and his motivation. Then, at his lowest point, Conover turned to his passion—sewing—and slowly pulled himself out of the spiral. A chance phone call from an old friend gave Conover the support he needed to turn his hobby into a business. Soon after, Sewing Down South was borne and became an overnight success, with Conover launching a multi-state “Pillow Party Tour,” being featured on HSN, and opening a retail store in downtown Charleston.

Now, Conover reveals the full story of the drama that swirled around him on the show—both on screen and off—and how it led to the founding of Sewing Down South. He talks about how he was able to turn his passion into his work and reclaim the direction of his life. Most of all, Conover reveals how anyone can find the purpose and fulfillment they deserve.