Dana Schwartz is a television writer and the creator of the number-one charting history podcast Noble Blood. As a journalist and critic, Dana has written for Entertainment Weekly, Marie Claire, Glamour, GQ, Cosmopolitan, Vanity Fair and more. She lives in Los Angeles with her fiancé, and their cats Eddie and Beetlejuice. Her books include Choose Your Own Disaster, The White Man’s Guide to White Male Writers of the Western Canon, and Anatomy: A Love Story. 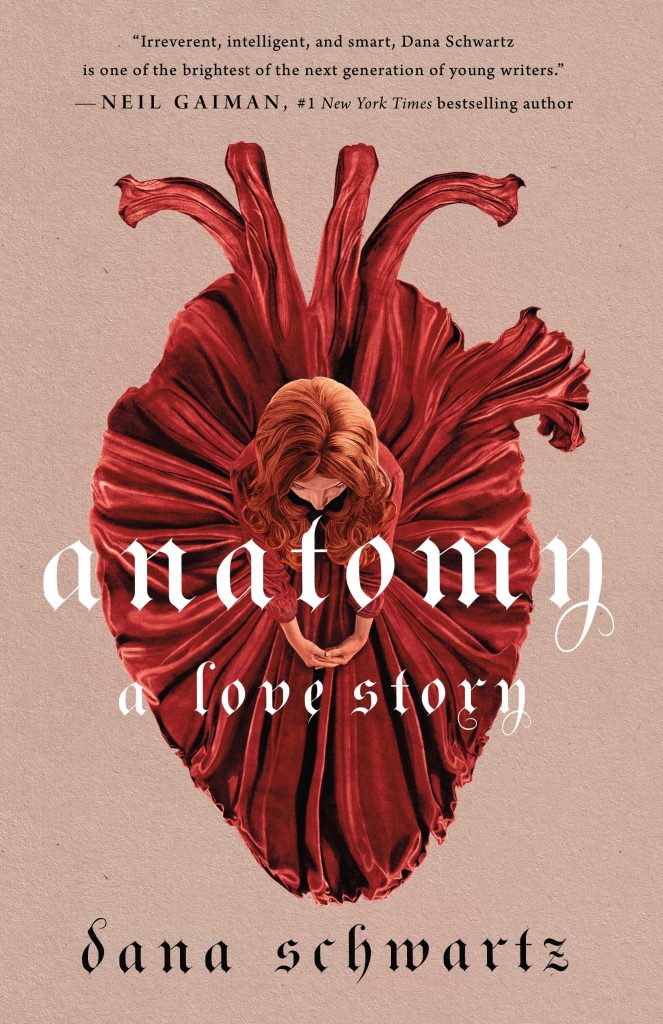 “Schwartz’s magical novel is at once gripping and tender, and the intricate plot is engrossing as the reader tries to solve the mystery. She doesn’t miss a beat in either the characterization or action, scattering clues with a delicate, precise hand. This is, in the end, the story of the anatomy of the human heart.” – Booklist (starred review)

Dana Schwartz’s Anatomy: A Love Story is a gothic tale full of mystery and romance.

Hazel Sinnett is a lady who wants to be a surgeon more than she wants to marry.

Jack Currer is a resurrection man who’s just trying to survive in a city where it’s too easy to die.

When the two of them have a chance encounter outside the Edinburgh Anatomist’s Society, Hazel thinks nothing of it at first. But after she gets kicked out of renowned surgeon Dr. Beecham’s lectures for being the wrong gender, she realizes that her new acquaintance might be more helpful than she first thought. Because Hazel has made a deal with Dr. Beecham: if she can pass the medical examination on her own, Beecham will allow her to continue her medical career. Without official lessons, though, Hazel will need more than just her books?she’ll need corpses to study.

Lucky that she’s made the acquaintance of someone who digs them up for a living.

But Jack has his own problems: strange men have been seen skulking around cemeteries, his friends are disappearing off the streets, and the dreaded Roman Fever, which wiped out thousands a few years ago, is back with a vengeance. Nobody important cares?until Hazel.

Now, Hazel and Jack must work together to uncover the secrets buried not just in unmarked graves, but in the very heart of Edinburgh society.