Join in a virtual storytime event with Julia Lyon, author of “A Dinosaur Named Ruth.”

Julia Lyon is a graduate of the Columbia University School of Journalism and spent more than ten years working in daily newspapers in Oregon and Utah before becoming a freelance writer in 2013. She has won a United Nations Correspondents Association gold medal after visiting refugee camps in Thailand and has won many other journalism awards and distinctions for her reporting. A Dinosaur Named Ruth is her debut picture book. 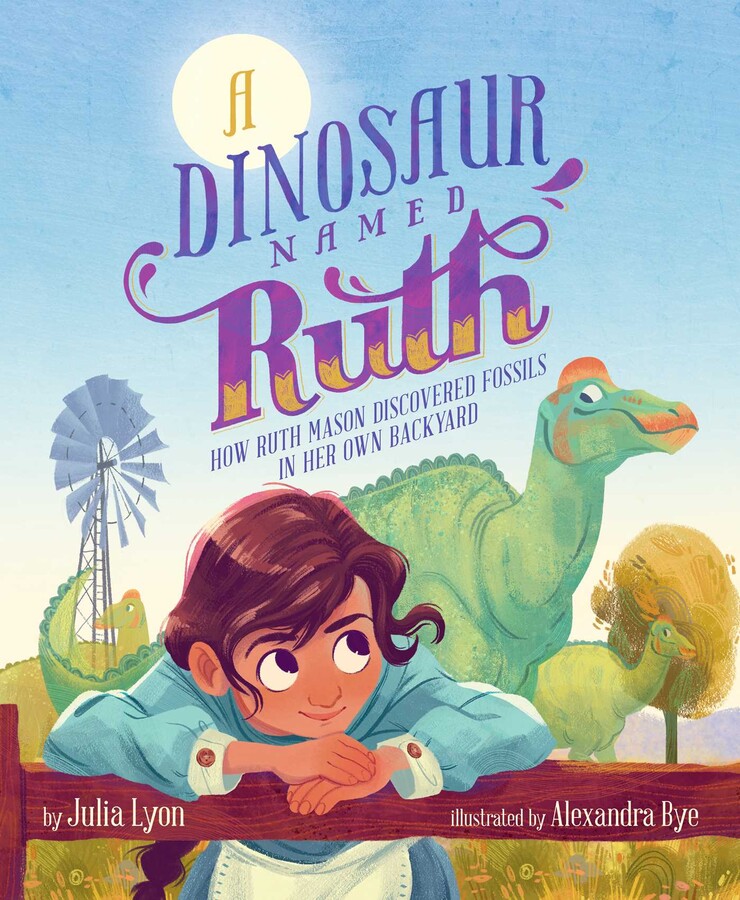 For fans of Shark Lady and from the New York Times bestselling illustrator of Dr. Fauci comes the incredible true story of a girl who discovered dinosaur bones in her own backyard and, after years of persistence, helped uncover one of the most exciting paleontological discoveries of our time.

There’s an extraordinary secret hidden just beneath Ruth Mason’s feet. The year is 1905, and Ruth is a prairie girl living in South Dakota. She has no way of knowing that millions of years ago, her family farm was once home to scores of dinosaurs. Until one day, when Ruth starts finding clues to the past: strange rocks and rubble scattered all across her land. They’re dinosaur fossils—but she doesn’t know that yet, either. It will take many years of collecting these clues, and many, many questions, but Ruth’s curiosity will one day help uncover thousands of fossils all across her land.