Join in an in-person event with Chris Christie, author of “Republican Rescue.”

Chris Christie served two terms as the 55th governor of New Jersey, ran for president in 2016, and chaired Donald Trump’s transition to the White House. Prior to that, he was United States Attorney for the District of New Jersey. He has chaired the Republican Governors Association and President Trump’s Opioid and Drug Abuse Commission. Since leaving office, he’s been a regular commentator on ABC News. 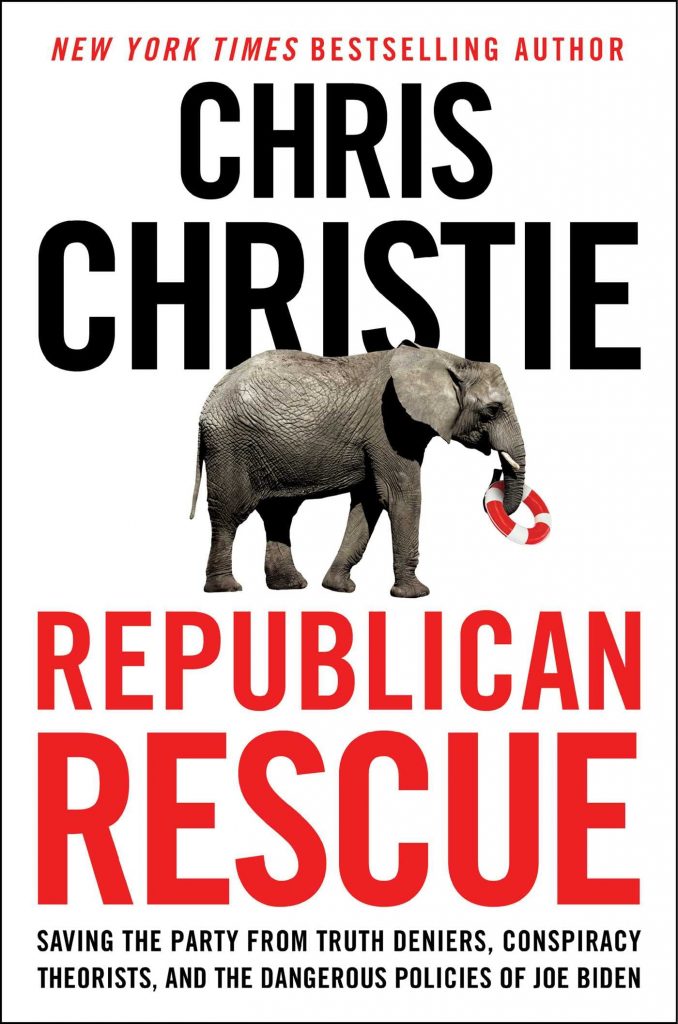 Enough with the infighting, the truth-denying, the wild conspiracy claims, the looking backward, and the refusal to focus on the dangerous Biden agenda. Here’s Chris Christie’s urgent guide for recapturing Republican glory and winning elections again, told with all the New Jersey frankness and news-breaking insights that have made the two-term governor, Trump early endorser, and presidential candidate an indispensable voice and instant New York Times bestselling author.

As governor of New Jersey and a key Trump insider and longtime friend, Chris Christie has always been known for speaking his mind. Now that the depressing 2020 election is finally behind us, he shares his bold insights on how a battered Republican Party can soar into the future and start winning big elections again.

The wrong answers are everywhere. Dangerous conspiracy theorists. A tired establishment. Truth deniers and political cowards. In Republican Rescue, Christie reveals exactly how absurd grievances and self-inflicted wounds sabotaged Donald Trump’s many successes and allowed Democrats to capture the White House, the House, and Senate in two years—a first for the GOP since the days of Herbert Hoover. In his frank and compelling voice, Christie dissects the last year of the Trump administration—which provoked nothing but conspiracy theories and infighting—and he lays out an honest and hopeful vision, explaining how Republicans can capture the future and save America from today’s damaging Democratic excesses.

The core Republican values of Abraham Lincoln, Teddy Roosevelt, and Ronald Reagan are as relevant now as they’ve ever been, Christie writes. Opportunity for all. A strong national defense. Leaders we can all be proud of. Americans in charge of their own lives. A federal government that answers to the people—not the other way around. But these Republican ideals need to be reinvigorated with fresh clarity and open arms. Christie watched in horror as some in his beloved party embraced paranoia and explained away violence. Determined to restore the party’s integrity and success, he shows how to build a movement voters will flock to again, a Republicanism that’s blunt, smart, conservative, potent, and perfectly suited for the 21st century.