Patricia Cornwell is recognized as one of the world’s top bestselling crime authors with novels translated into thirty-six languages in more than 120 countries. Her novels have won numerous prestigious awards including the Edgar, the Creasey, the Anthony, the Macavity, and the Prix du Roman d’Aventure. Beyond the Scarpetta series, Patricia has written a definitive book about Jack the Ripper, a biography, and three more fiction series among others. Cornwell, a licensed helicopter pilot and scuba diver, actively researches the forensic technologies that inform her work. She was born in Miami, grew up in Montreat, North Carolina, and now lives and works in Boston. 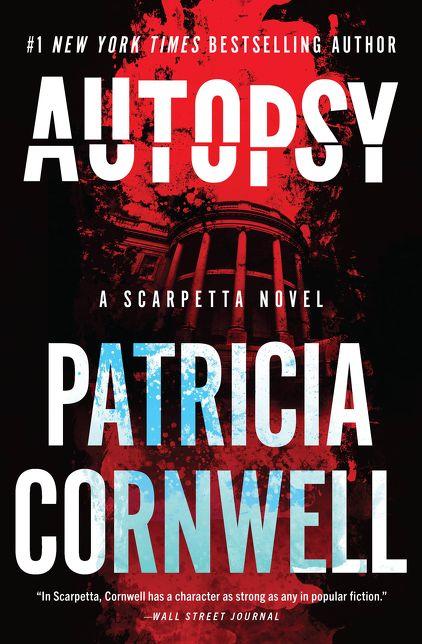 Forensic pathologist Kay Scarpetta has come almost full circle, returning to Virginia as the chief medical examiner, the state where she launched her storied career. Finding herself the new girl in town once again after being away for many years, she’s inherited not only an overbearing secretary, but also a legacy of neglect and potential corruption.

She and her husband Benton Wesley, now a forensic psychologist with the U.S. Secret Service, have relocated to Old Town Alexandria where she’s headquartered five miles from the Pentagon in a post-pandemic world that’s been torn by civil and political unrest. Just weeks on the job, she’s called to a scene by railroad tracks where a woman’s body has been shockingly displayed, her throat cut down to the spine, and as Scarpetta begins to follow the trail, it leads unnervingly close to her own historic neighborhood.

At the same time, a catastrophe occurs in a top-secret laboratory in outer space, endangering at least two scientists aboard. Appointed to the highly classified Doomsday Commission that specializes in sensitive national security cases, Scarpetta is summoned to the White House and tasked with finding out exactly what happened. But even as she works the first potential crime scene in space remotely, an apparent serial killer strikes again very close to home.