Join in a virtual event with Robert Costa, co-author of “Peril.”

Bob Woodward is an associate editor at The Washington Post where he has worked for 50 years. He has shared in two Pulitzer Prizes, one for his Watergate coverage and the other for coverage of the 9/11 terrorist attacks. He has authored 20 national bestselling books, 14 of which have been #1 New York Times bestsellers.

Robert Costa is a national political reporter at The Washington Post, where he has worked since 2014. He previously served as moderator and managing editor of Washington Week on PBS and as a political analyst for NBC News and MSNBC. He holds a bachelor’s degree from the University of Notre Dame and a master’s degree from the University of Cambridge. He is from Bucks County, Pennsylvania. 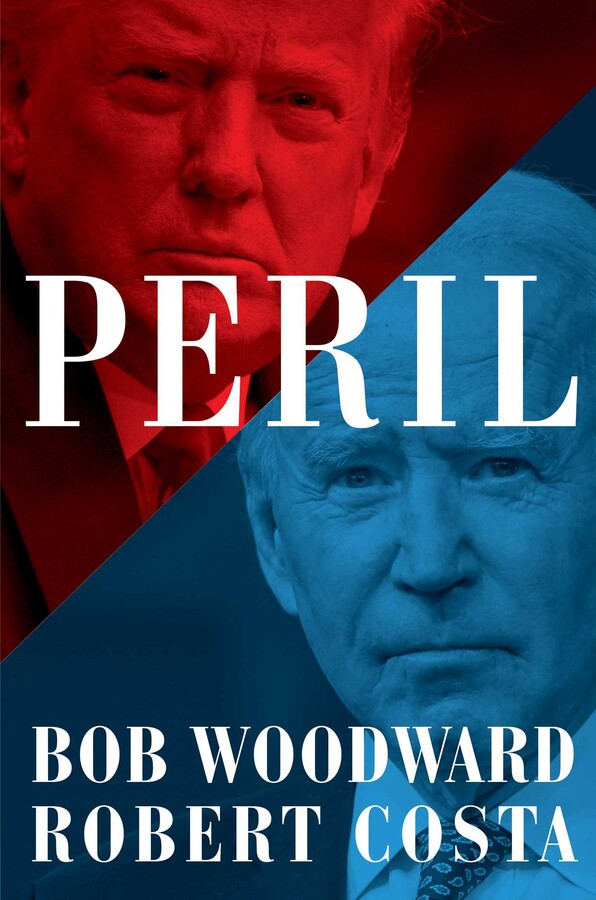 The transition from President Donald J. Trump to President Joseph R. Biden Jr. stands as one of the most dangerous periods in American history.

But as # 1 internationally bestselling author Bob Woodward and acclaimed reporter Robert Costa reveal for the first time, it was far more than just a domestic political crisis.

Woodward and Costa interviewed more than 200 people at the center of the turmoil, resulting in more than 6,000 pages of transcripts—and a spellbinding and definitive portrait of a nation on the brink.

This classic study of Washington takes readers deep inside the Trump White House, the Biden White House, the 2020 campaign, and the Pentagon and Congress, with vivid, eyewitness accounts of what really happened.

Peril is supplemented throughout with never-before-seen material from secret orders, transcripts of confidential calls, diaries, emails, meeting notes and other personal and government records, making for an unparalleled history.

It is also the first inside look at Biden’s presidency as he faces the challenges of a lifetime: the continuing deadly pandemic and millions of Americans facing soul-crushing economic pain, all the while navigating a bitter and disabling partisan divide, a world rife with threats, and the hovering, dark shadow of the former president.

“We have much to do in this winter of peril,” Biden declared at his inauguration, an event marked by a nerve-wracking security alert and the threat of domestic terrorism.

Peril is the extraordinary story of the end of one presidency and the beginning of another, and represents the culmination of Bob Woodward’s news-making trilogy on the Trump presidency, along with Fear and Rage. And it is the beginning of a collaboration with fellow Washington Post reporter Robert Costa that will remind readers of Woodward’s coverage, with Carl Bernstein, of President Richard M. Nixon’s final days.