Join bestselling author of the Hades x Persephone series, Scarlett St. Clair, for discussion on “King of Battle and Blood.”

Scarlett St. Clair is the bestselling author of the HADES X PERSEPHONE SAGA, the HADES SAGA, KING OF BATTLE AND BLOOD, and WHEN STARS COME OUT. She has a Master’s degree in Library Science and Information Studies and a Bachelors in English Writing. She is obsessed with Greek Mythology, murder mysteries, and the afterlife. You can find pictures of her adorable dog Adelaide on her Instagram at authorscarlettstclair, and updates on her books at www.scarlettstclair.com. 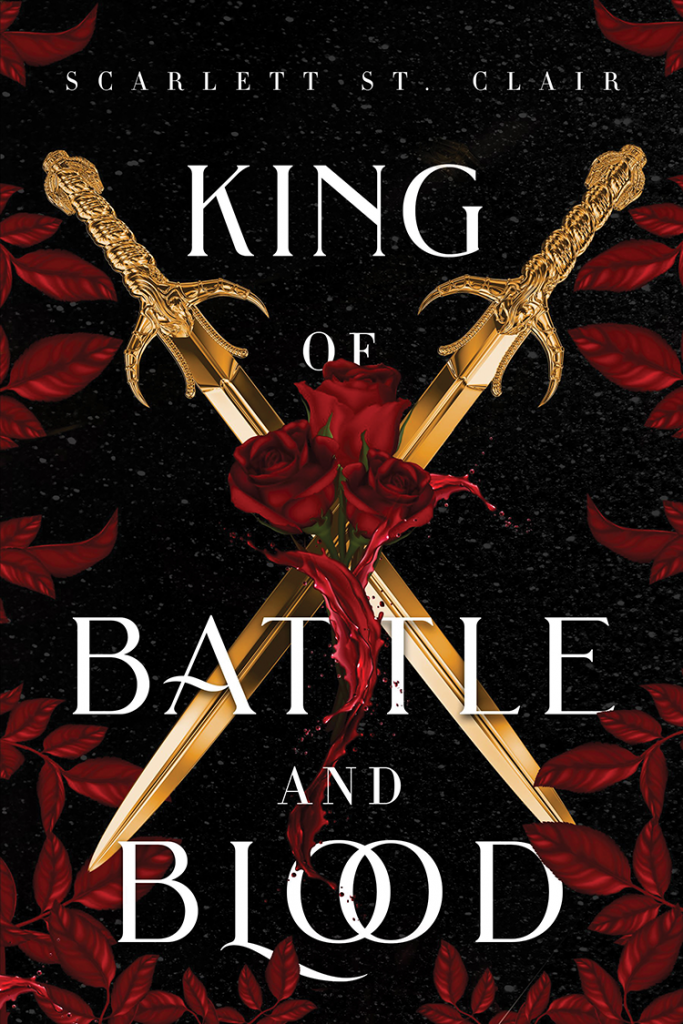 Their union is his revenge.

Isolde de Lara considers her wedding day to be her death day. To end a years-long war, she is to marry vampire king Adrian Aleksandr Vasiliev, and kill him.

But her assassination attempt is thwarted, and Adrian threatens that if Isolde tries kill him again, he will raise her as the undead. Faced with the possibility of becoming the thing she hates most, Isolde seeks other ways to defy him and survive the brutal vampire court.

Except it isn’t the court she fears most—it’s Adrian. Despite their undeniable chemistry, she wonders why the king—fierce, savage, merciless—chose her as consort.

The answer will shatter her world.