Join Sandie Jones for discussion on “The Guilt Trip.”

SANDIE JONES has worked as a freelance journalist for more than twenty years and has written for publications including The Sunday Times, Woman’s Weekly, and Hello magazine. She lives in Lon-don with her husband and three children. She is the author of The Other Woman, a Reese’s Book Club x Hello Sunshine pick, as well as The First Mistake and The Half Sister. The Guilt Trip is her fourth novel. 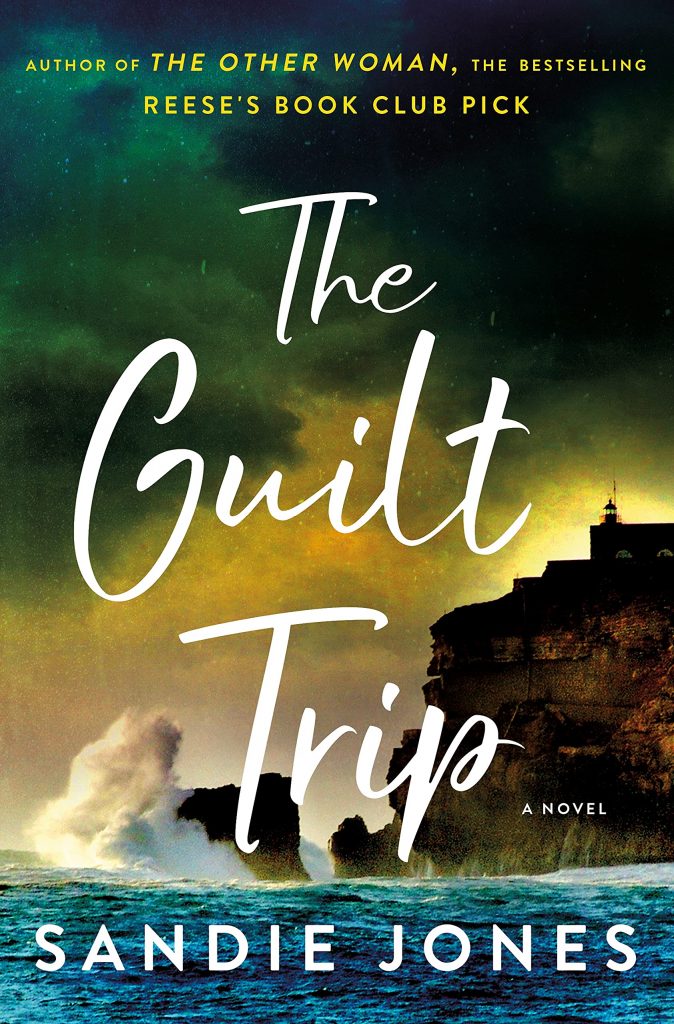 This Barnes & Noble Book Club Edition includes a Q&A with the author, Sandie Jones, a deleted scene, as well as a discussion guide.

In the vein of The Other Woman, Sandie Jones’s explosive new novel The Guilt Trip will have readers gripped to the very last page.

Rachel and Noah have been friends since they met at university. While they once thought that they might be something more, now, twenty years later, they are each happily married to other people, Jack and Paige respectively. Jack’s brother Will is getting married, to the dazzling, impulsive Ali, and the group of six travel to Portugal for their destination weekend.

As they arrive at a gorgeous villa perched on a cliff-edge, overlooking towering waves that crash on the famous surfing beaches below at Nazaré, they try to settle into a weekend of fun. While Rachel is looking forward to getting to know her future sister-in-law Ali better, Ali can’t help but rub many of the group up the wrong way: Rachel’s best friend Paige thinks Ali is attention-seeking and childish, and while Jack is trying to support his brother Will’s choice of wife, he is also finding plenty to disagree with Noah about.

But when Rachel discovers something about Ali that she can hardly believe, everything changes. As the wedding weekend unfolds, the secrets each of them hold begin to spill, and friendships and marriages threaten to unravel. Soon, jumping to conclusions becomes the difference between life and death.